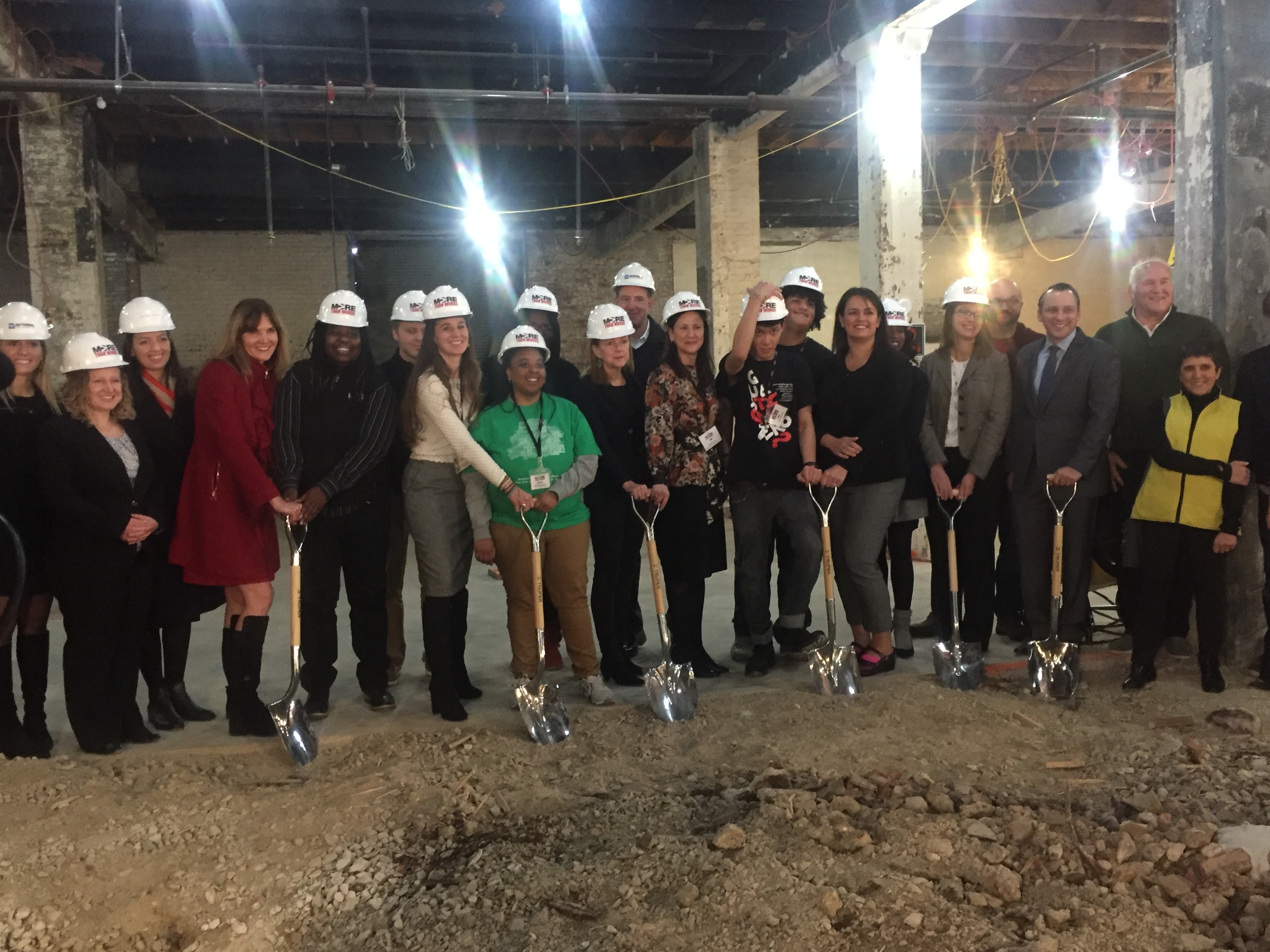 More space for the More Than Words bookstore and warehouse, located on East Berkeley Street in the South End of Boston, means more youth employment and more lives transformed.

The nonprofit social enterprise organization celebrated a “breaking ground” for its expansion, which will transform the first floor of the building into a vibrant storefront that will include a retail market, bookstore and flexible community space for local groups and nonprofits.

More Than Words employs approximately 253 system-involved and court-involved youth on its staff to scan and package books that are shipped across the world.

“While we long wanted to serve more young people, this expansion will grow our business by 60 percent—an increase that is nearly 400 young people,” said More Than Word founder and CEO Jodi Rosenbaum.

Rosenbaum told the audience that the $5 million, 10,500 square-foot expansion will make it possible to sell nearly twice as many books than More Than Words does now, which will require more hires to keep up with demand. Online sales are also projected to increase from 60 books a day to over 1,000 a day with the expansion.

“I think it’s fascinating, honestly,” said Kaniesha Dixon, a 20-year-old woman from Dorchester and a More Than Words employee. “It’s going to be great. We can employ way more youth with way more skills.”

Dixon took to the podium to share how More Than Words brought purpose to her life once she left her group home in Brighton at age 18.

“The group home experience started really making me feel like my life was going somewhere,” she told the audience. “I felt like I was back at square one and life was hopeless again. During this hopeless period in my life is when I heard about More Than Words.”

She quickly learned that what she was walking into was more than meets the eye, and she’s since been promoted to partner associate.

“I realized that this was a place that you could come in, feel welcomed and receive the support you need,” Dixon said. “More Than Words has helped to push me to know my full potential. They showed me that I’m much more than a homebody that goes in and out of hospitalization.”

Dixon, her colleagues and other partners at More Than Words, who were involved in financing the expansion, posed for photos after the speaking portion of the ceremony.