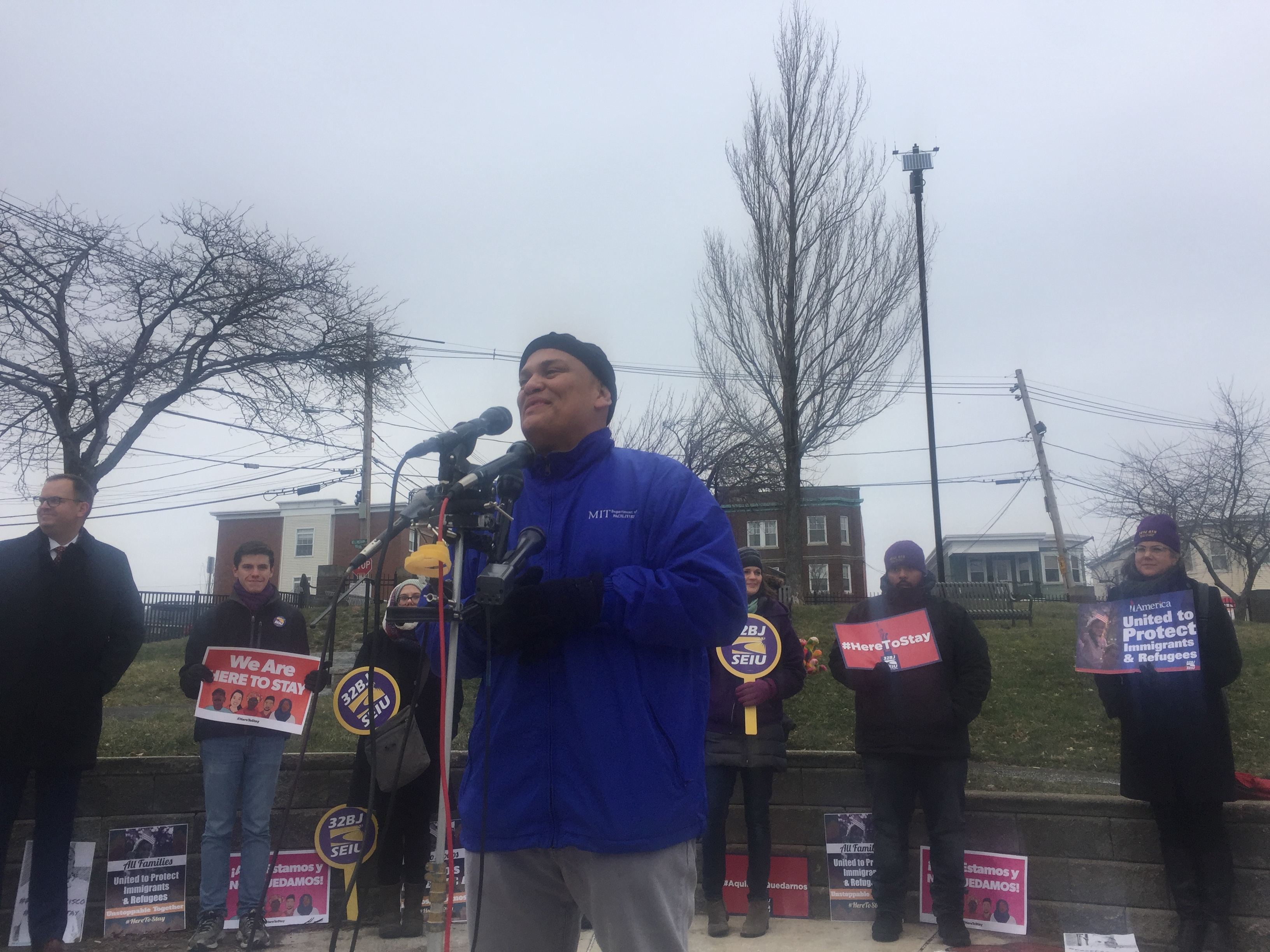 Christmas came early for beloved MIT custodial worker and undocumented immigrant Francisco Rodriguez, whose story for months has been at the forefront of the immigration debate in Massachusetts.

Rodriguez, who spent months behind bars at the Suffolk County House of Corrections, was released from ICE custody on the Thursday before Christmas to his surprise and to his family’s.

“I feel very happy today. That’s the most fabulous gift that I have in my life, that’s to meet with my family at this time, at Christmas,” Rodriguez said to a crowd of reporters and TV cameras at Bellingham Hill Park in his neighborhood of Chelsea.

Rodriguez, a native of El Salvador, has been in the country for almost 12 years and has been working with lawyers since 2013 to straighten out his immigration status.

His case drew attention when ICE denied him a Stay of Removal in the spring, causing the MIT community and members of his union to rally against his removal.

A 10th circuit court of appeal decision in early December made his release possible as lawyers from Goodwin Procter LLP help him secure asylum.

“Since arriving here in the United States he has been a model immigrant … and perhaps most importantly he’s a good husband and doting father,” said Goodwin Procter lawyer John T. Bennett, calling him “a strong candidate” for relief. “He has a legitimate fear of violence if he is returned to El Salvador and since coming to this country he has consistently done everything right.”

Members of the SEIU 32BJ union, which represents Rodriguez at MIT, supported him in his fight to stay in the country and welcomed him home to Chelsea.

“It’s been the highest honor to organize for Francisco to return to his family,” Figueroa-Durán said. “Francisco’s story is one of the examples of the evil effects of the American immigration policy right now … This Christmas reunion sends a clear message that when we stand together we can win.”

A gleeful Rodriguez took to the microphones to speak about his faith and thanked all of those that fought for him to return to his family, recounting what it was like when his daughters saw him home for the first time in a long while.

He also talked about his time behind bars and how he kept himself preoccupied while he awaited his fate.

“The people treated me very good. The guards are very nice [people],” Rodriguez said. “I was cleaning laundry … I was working, just trying to keep busy … I would say I cried sometimes because I feel broken … what’s going on with my children? Outside, what’s going to happen with the future?”

Francisco plans to go back to work at MIT and talked to his manager there upon release from ICE custody.

He told Spare Change News that others in fear of deportation need to “keep the faith” and that he has no animus towards the President.

“I know he’s trying to do the best job for America. I understand the situation, but we are not bad people. We want to see if we can have opportunities and do right for this wonderful country,” Rodriguez said. “I know I have to wait. That’s what I have to do. It’s not permanent, but life is not permanent.”

Nicole Micheroni of Cameron Law Offices for immigration, appellate and criminal law in East Boston who has worked with Rodriguez since 2013 told Spare Change News that his case is far from over.

“Right now we are very excited that he is home for Christmas and I know he still has a long way to go,” Micheroni told the crowd. “Francisco has been really lucky to have all of these people helping him and it really shows what need to be done to help people these days and what we can do.”