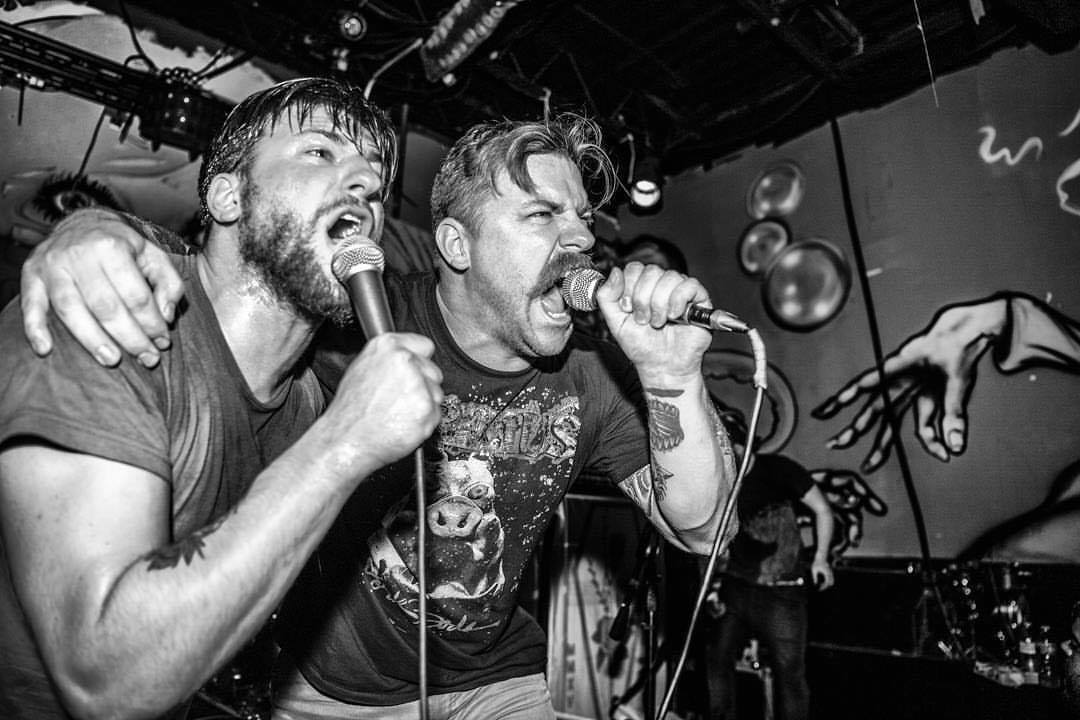 Shawn Marquis went from playing bass on stages around the world, a profession that seems fairly quixotic, to the more practical world of brand awareness. But what might sound like a lopsided trade-off to some is almost equally as fun an exchange for the mustachioed musician.

After Boston-bred hardcore legends Vanna announced they were calling it quits this past February, Marquis was able to dive deeper into his work. Hanging it up after 12 years as a band can come with a tough transition period for anyone involved, but while Marquis will miss certain aspects of the touring life, he has been able to make correlations between life on the road and working close to home, easing that transition quite a bit.

While Marquis wanted to find work closer to home, it was thanks to the many skills and characteristics he honed while performing that the Connecticut native found himself in charge of in-store brand awareness for Firebrand Marketing as a market manager and director of new markets. At Firebrank, he’s been able to bring his stage skills to a higher professional level, all the while enjoying the feeling of, as he puts it, “being about something.”

Thanks to the number of interactions with those in the hardcore community that subscribed to the vegan and straight-edge lifestyles, Marquis found his new employment to be as close to his touring life as he could get without the stress of touring.

“I liked the work, so I just kept doing that kind of work, and I’ve been able to take some of those skills from the road,” said the MassArt alum. “Like travelling on the cheap, being able to travel long distances, being away for extended periods of time to go and hire other people in different areas, and to find out about new products.”

That’s not to say that Vanna wasn’t “about something” during its tenure as one of the most widely known hardcore bands the scene has embraced over the past few years.

Being collective supporters of various social causes and issues, such as homelessness, depression, suicide prevention and youth empowerment, Vanna’s presence represented much more than just the music its members poured their heart into every night on the road, becoming a beacon for fans who struggled with mental illnesses.

It was during his time in the hardcore scene that Marquis learned more about veganism and straight-edge culture, contributing to his own personal, growing social awareness—and while brother Brian has been vocal about his own political frustrations, the eldest Marquis brother hated discussing politics as he was growing up and paid little attention to it.

“I was more interested in being a weird art kid in school, so I didn’t feel like I fit in with mainstream politics or society, anyway,” said Marquis. “It was on the surface with me, but getting older, and the more I paid attention to the world or even listened to political bands, I felt like an obligation to get more involved.”

Although still a skeptic about the political process and loathing anything to do with the branding of political parties, Marquis found himself getting involved with Indivisible—a group formed as a direct result of Trump’s election, comprising various political traditions—and an app called Countable, a non-partisan political handbook of sorts that keeps you connected to your local, state and federal government officials, as well as bills and votes coming up.

And while he admittedly leans to the left of the political spectrum, Marquis is not blind to the elitism and abuse of power displayed on both sides of the aisle, especially when it comes to corporate influence in legislation.

“It’s hard to pick out only one issue, and I’m not saying that it’s the most important issue, but I think it’s the closest to the root of most of the other issues we’re facing, and that’s getting special interest money out of politics,” said Marquis. “If you have millions or billions of dollars, it automatically means you have a bigger voice than anyone, and that just isn’t something I can get behind, and the idea that a powerful few can wreak havoc over the majority of people who are supposedly created equal, as it says in our constitution, I really think there’s a problem there,” he continued. “And the fact that so many people on both sides of the aisle are so bought that they couldn’t make change now even if they wanted to, just totally undermines the bedrock of the foundation of our civil liberties.”

It was this realization that led Marquis to research Bernie Sanders, citing the Vermont senator’s refusal to accept donations from corporations as the main reason he threw his support behind him. After that, he began to delve deeper into the political landscape for the first time in his life.

“Sanders had been fighting the good fight for years before he started running for president, and he was behind a lot of great change, and he had a lot of great ideas I could get behind,” said Marquis. “The more I got into politics, looking back, obviously he didn’t win the primaries or the general election, but I wish I did more than I had done [for him].”

Marquis is also disturbed, like many fellow Americans, by the regressive trends that have emerged in society since President Trump took office. But even with a significant amount of disregard shown to certain groups in the form of the anti-Muslim bans and the anti-LGBT rhetoric, Marquis is hopeful that the masses will continue to rise up in support of groups that are being targeted on Capitol Hill.

While Marquis is not a supporter of Trump in the slightest, like many Sanders supporters he’s also upset about the DNC’s allegedly deliberate obstruction in favor of Hillary Clinton and sees a silver lining.

“I’m kind of glad it didn’t go down the way everyone expected it to, because maybe it would be business as usual, and we would keep taking stuff for granted,” said Marquis. “But at the same time, there are various issues at the surface right now that really can’t afford the time with the ground we’re losing with the current administration in power, whether it’s environmentally or racially. I feel like we’re taking huge steps back after years of feeling like we were heading in the right direction. Now we have to fight harder to get on that path of progress and to get out of the spot we are in right now.”