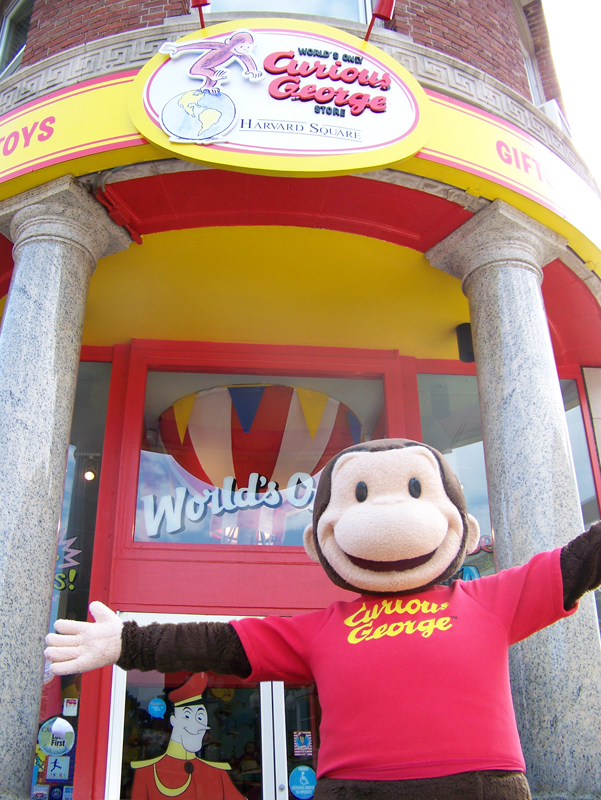 The World’s Only Curious George Store’s desire to stay in Harvard Square has been granted after negotiations with the new landlord of the building were completed.

Store owner Adam Hirsch was unsure if the shop could stay in the area once Equity One Inc. bought the building and announced it would be raising rents.

Early last year, the company was acquired by shopping center investor Regency Centers Corp., which was willing to work with Hirsch to keep the store in the Harvard Square area.

Hirsch said his store will likely be “a little left or just toward the right” of where it is now on John F. Kennedy Street.

“We’re staying in the footprint of the project. The precise street level location’s undetermined,” Hirsch said. “The landlord Regency was generous in accommodating us.”

Back in 2016 when the store announced that it may be moving, Hirsch told Spare Change News that it was important to keep the shop close to where the Curious George creators, Hans Augusto Rey and Margaret Rey, lived when they immigrated to America from Europe.

Cambridge Vice Mayor Marc McGovern told The Harvard Crimson that the soaring prices of buildings in Harvard Square are contributing to rising rent costs, which make it “harder and harder for local businesses to remain in the Square.”

Regency Vice President of Investments Sam Stiebel told The Boston Globe that feedback from the neighborhood and local business association had convinced the company that the Curious George Store was worth keeping in the neighborhood.

“Given that one of our priorities for this project is maintaining a dynamic and interesting retail mix in Harvard Square, we knew it was imperative to find a way to maintain Curious George as a tenant in our building,” Stiebel told the Globe.

Hirsch said he is thankful for the support his is receiving from the greater Harvard Square community.