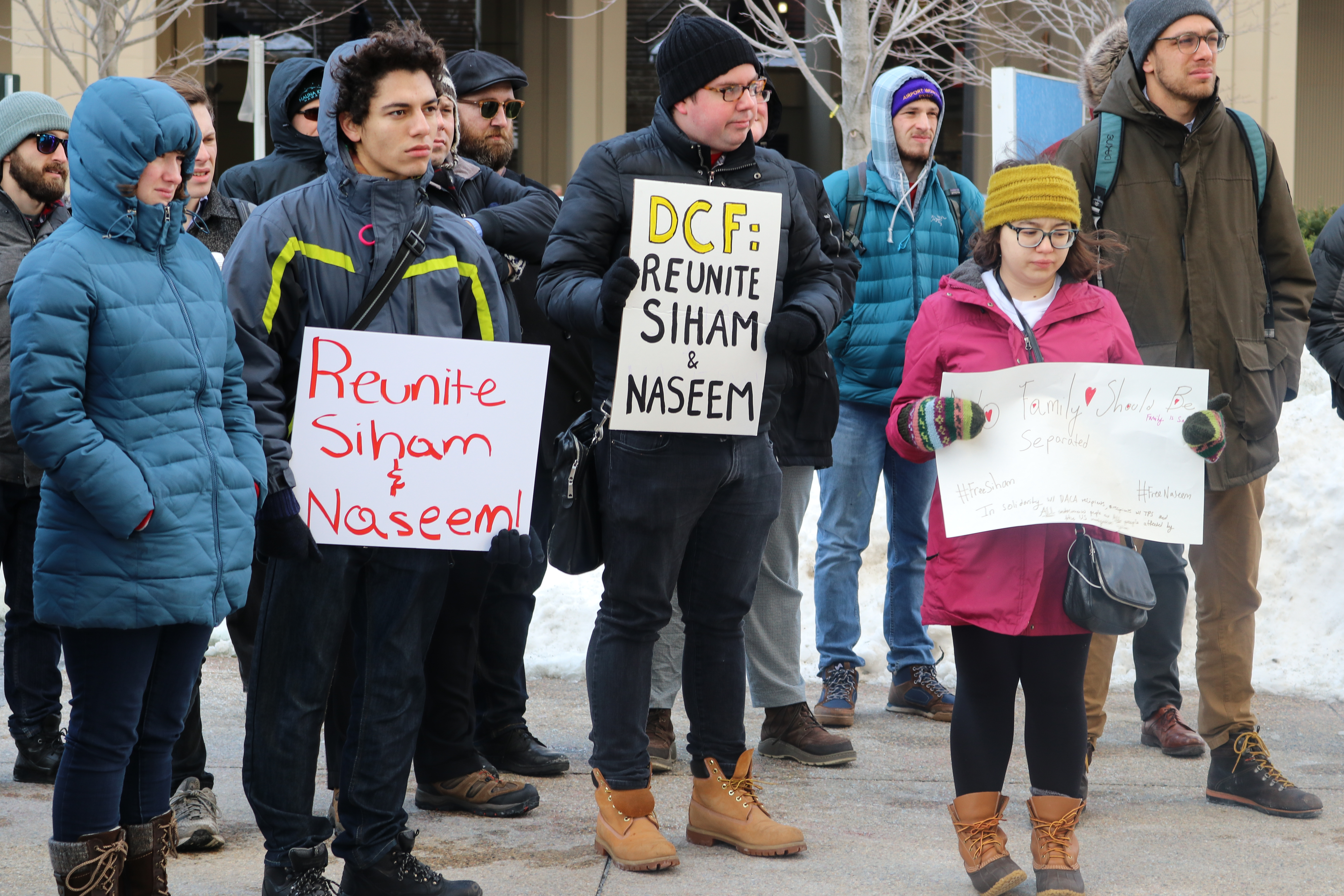 On Jan. 9, a crowd assembled in front of the J.F.K. Federal Building in Boston to protest the deportation of Siham Byah, an activist and single mother from Nahant, Massachusetts.

Byah was detained on Nov. 7 after attending a routine check-in at the Immigration and Customs Enforcement office in Burlington, Massachusetts. Separated from her 8-year old son Naseem Byah ever since, Byah was transferred to a facility in Virginia on Dec. 27, then flown to Morocco, all while being denied communication with her son and her lawyer, according to a press release from Justice for Siham, a group that is organizing for her release and reunion with her son. They added that Byah was “tortured by ICE both physically and emotionally,” beaten while handcuffed at Dulles International Airport.

Matt Cameron, Byah’s attorney, pointed to the systemic problems that enabled Byah to be treated inhumanely. “The things people have to do to get through the system, the things this system imposes upon them, the trauma we have all seen, it is not Siham alone,” Cameron said at the protest on Jan. 9.

With another protest scheduled for Jan. 27, Husayn Karimi, a Justice for Siham organizer, said that protests are effective in raising awareness for the cause.

“The point of protests is to get it into the consciousness of everyday people. It’s not just movement people who will be there Tuesday but people who face these things daily. We want them to get organized and involved in these things in the future,” Karimi said. “Though our current tasks are very specific to Free Siham, get her reunited with her son and bring her back, but I think the ultimate goal is get people thinking about childhood deportations that are happening everyday at the JFK building on Tuesday and how ICE is tearing apart communities.”

Stephanie Houten, a Justice for Siham organizer, said that in addition to the protests, the group is organizing actions like phonebanking. “We’re also doing a five day phonebanking campaign this week where everyday we’re going to pressure different people who are a part of this whole system this is happening under. Governor Baker, Maura Healey,” Houten said.

Houten said that ICE’s actions on Dec. 27 were beyond standard protocol. “If people are just going for a regular check-in and expecting to leave after and they’re getting a ‘surprise, you’re arrested’ that’s messed up. It’s inhumane treatment,” she said. “To do something like that and not allow Siham to talk to her own son and figure out, ‘If you’re going to do this to me let me at least figure out a safe place for my child to be.’ But they’re not even allowing that.”

Because Siham is an outspoken activist, ICE harshened their treatment of her, Karimi said. “What ICE is doing and what the FBI does and did…they specifically target organizers along with just everyday people,” he said. “ICE’s laws, even if they didn’t break them, they’re awful. But they broke those too. We’re reviewing your application and your deportation status, you’re not going to get deported right now. They deported her while reviewing her application.”

While deportations continue to happen in Boston, a sanctuary city, Justice for Siham organizers are confident that collective action can get Byah reunited with her son.

“The urgent thing is to get them [Byah and her son] connected again. That’s our most urgent goal right now. There’s obviously a lot of goals,” Houten said. “But ultimately it is to let her kind of be in charge of her own life.”