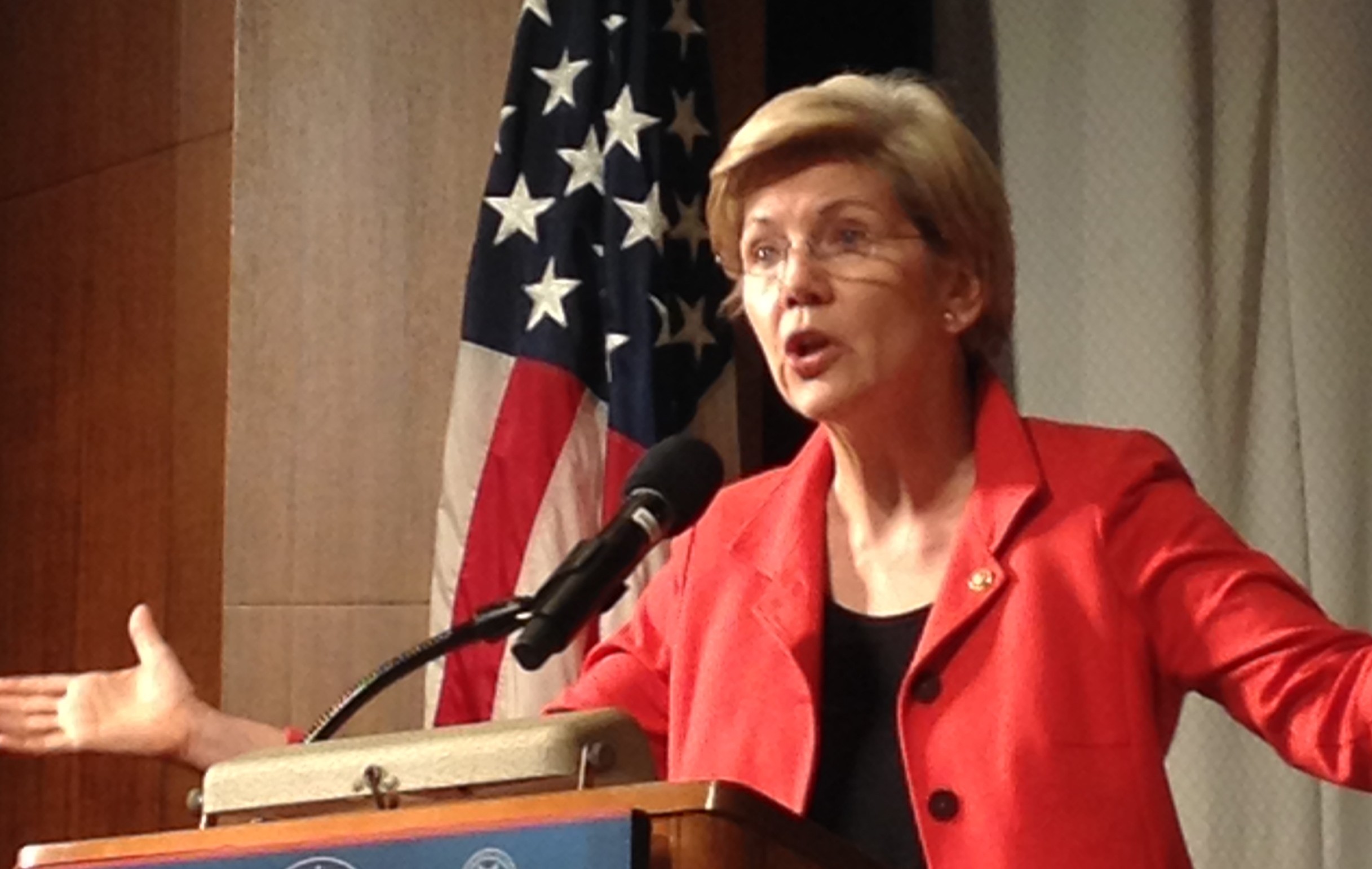 Board members, health providers and staff members at The Dimock Center in Roxbury shared their concerns with Senator Elizabeth Warren during a roundtable discussion centered on the Children’s Health Insurance Program (CHIP) and the Community Health Center Fund in early January.

Warren, nationally known for her progressive views, was greeted by a round of applause and kind words for wanting to focus her efforts on restoring long-term funding to CHIP and the Community Health Center Fund.

CHIP was allowed to expire on Sept. 30, 2017, and states are running out of money to fund it.A five-year extension was approved by the Senate Finance Committee in October 2017, but the question of how it will be paid for remains unanswered.

Congress has known that CHIP would run out of money since April 2015, but despite having ample time to act, has failed to do so.

CHIP, a bipartisan program signed into law in 1997, covers 8.9 million children who are in families that don’t qualify for Medicaid, but can’t afford private health insurance, according to Medicaid.gov.

The Community Health Center Fund (CHCF) is set to expire on March 31, and CHIP funding could run dry earlier than that.

Uncertainty around the fate of CHIP and CHCF funding was underscored by participants in the roundtable discussion with Warren.

Staff members who work with the 20,000 patients of Dimock, including thousands of children, mothers, mothers-to-be, families and individuals struggling with addiction and mental health issues, detailed the concerns they had during the discussion and how interrelated services provide comprehensive support to individuals and families in need.

“We’re really helping folks through this integration [of services] process to understand that there’s a community of caring within Dimock that whatever the diagnosis is we’ll work with you,” said Dr. Mark Libon, vice president of behavioral health services at Dimock, who work with those suffering from substance abuse.

Dr. Nandini Sengupta, the medical director of health services at Dimock, shared her account of what it was like when there was no CHIP funding and how that created a two-tiered health care system of kids who had health and insurance and kids who didn’t have health insurance.

“We had to sit around thinking what we can we do for uninsured kids,” Sengupta said, “with limitations and limited resources we had to make some ugly decisions at the time. I never want to be in that position again.”

Dr. Myechia Minter-Jordan, president and CEO of Dimock, spoke to how vital funding from Congress is and the potential harm lack of funding can have on community centers across the country.

Minter-Jordan said  that Dimock could see several million dollars in losses if Congress does not reauthorize funding. The National Association of Community Health Centers said most centers would face a 70 percent cutback in program funding.

“That would be a big hit to our overall budget, particularly at a time when we’re already constrained within the current budget that we have,” Minter-Jordan said. “So the fact that the funding for community health centers is currently at risk is really creating a lot of fear and a lot of uncertainty and a lot of frustration, quite frankly.”

Michael Curry, legislative affairs director and senior counsel for the Massachusetts League of Community Health Centers, said funding uncertainty is having a chilling effect on centers throughout the state.

“There are decisions that have to be made around health center funding and expansion and hiring of staff that are quite frankly on hold, if not scrapped, as a result of this patch work in not having the reauthorization,” Curry said, calling CHCF “a vital community health center funding tool,” along with CHIP.

Dimock’s Behavioral Service Clinical Director Dr. Michael Tang talked about preventative screenings that are supported by CHIP, and which help families head off health issues before they balloon into insurmountable obstacles.

“CHIP has a great focus on children who are unborn and the mothers, who are working mothers, who want to be able to support their child, even before they come here,” Tang said. “So these are families with opiate use disorders, mental health conditions, just the struggles of poverty in general.”

Warren, on her way to a leadership meeting in Washington, D.C., said things have been made more difficult for community centers to deliver essential services due to Congressional inaction.

“There are some things that should just be beyond politics and one of them is making sure we have funding for basic health care that our community health centers provide to all of us,” Warren told cameras after the roundtable. “And that’s the fight I’m in.”