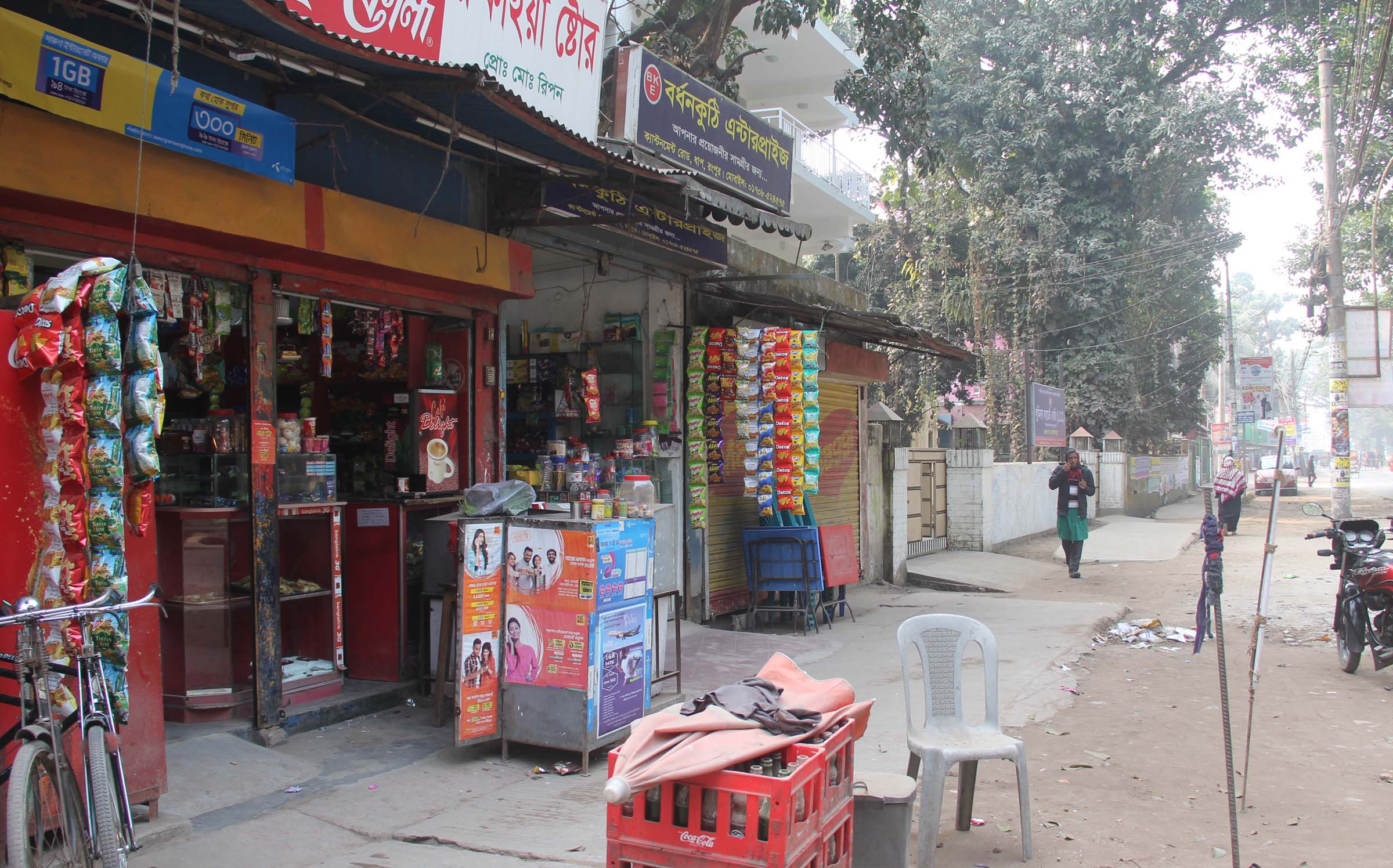 Wahid Haider talks about his son’s departure to Italy almost seven years ago without regret or hesitation. Haider has not seen Nayeem, now 30 years old, since he left Nankar in search of better economic prospects, travelling through Romania, where he spent several months, before entering Italy.

Wahid, a former chair of a Union Parishad (Union Council) and an influential person in the community, told of how in 2008, the army-led caretaker government demolished his son’s shop in Nankar village, along with many other shops, in a drive to push out unauthorized commercial businesses.

Nankar has a population of about 3,000 people, most of them dependent on agriculture. It is in Mithapukur Upazilla (sub-district), south of Rangpur, a northern city some 300 km from the capital of Dhaka, Bangladesh where in the commercial section of the sub-district, prices are as high as $600,000 USD for one acre of land.

Having lost his source of income after the shop was demolished, Nayeem contacted his cousin Ahmed Mustafa in Venice, Italy who had been living there for many years. Nayeem was impressed that Ahmed earned about 1,500 Euro per month as a street vendor and decided to try his luck entering Italy. With help from Ahmed, who managed to sponsor an Italian visa for him based on training in electronics, Nayeem made his way to Italy, making an initial stop in Romania.

To organize this visa and Nayeem’s air ticket, Ahmed charged approximately 15,000 dollars, which was paid by Nayeem’s father-in-law. Nayeem was barely 20 when he married Zulekha and had two children. Zulekha’s father was not cash-rich but owned some land that he agreed to sell at the urging of his daughter, his only child, to finance Nayeem’s voyage to Italy.

Nayeem left Nankar some seven years ago. His children are now 10 and 7 years old and they, along with their mother Zulekha, have not seen Nayeem since. But with the money Nayeem sends home through a local bank, Zulekha lives in a rented house in Nankar. In the meantime, Nayeem has been working as a street vendor selling trinkets in Venice. In the summers, he shifts to the beaches for the lucrative tourist season.

He has a legal visa to stay, which requires renewal every six months. But under his current status, he cannot leave Italy to see his wife, children and parents in Bangladesh as he won’t be able to enter Italy again.

Nayeem’s father Wahid says, “That’s not a problem at all. She is a good girl and she can wait a few more years for her husband.”

Zulekha might feel differently, but we couldn’t reach her to get her views on what this means for her future – an absentee husband with no assurance that he will be able to get permission to visit her and his children in the near future.

Wahid told another story about Imran, a 34-year-old man from a neighbouring village who crossed the Mediterranean on a boat but died of fatigue and dehydration on arrival in Italy some two and a half years ago. His father Alim Uddin, 80, and mother Roushanara, 65, refuse to accept their son’s death.

Alim Uddin and Roushanara spoke at their home in Sathibari, an adjoining village of Nakar. “Can you tell me if Imran is well?” Alim Uddin asked.

According to the International Organization for Migration (IOM), 199 people have already died this year attempting the dangerous Mediterranean crossing.

In 2017, IOM reported that 171,635 migrants and refugees entered Europe by sea, with just under 70 percent arriving in Italy and the rest divided between Greece, Cyprus and Spain. IOM’s Missing Migrants Project (MMP) reported a total of 3,116 deaths in the Mediterranean last year.

Imran was the second of seven siblings – three brothers and four sisters. Agriculture was his family’s sole livelihood. He used to support his father by cultivating crops like rice, maize and potatoes on two acres of their ancestral land in the village. But the income wasn’t enough to support the family, which consisted of eleven people including Imran’s wife and daughter.

In the hope of earning more money, Imran flew to Libya with a valid visa in 2007. As an unskilled laborer, he was earning about $200 USD a month. He worked with a construction company in Tripoli for five years and saved $2,500 USD over that period.

But Imran lost his job soon after the civil war erupted in Libya and he faced a tough situation in the capitol, Tripoli.

Akbar Ali, a man from Sylhet, an eastern district of Bangladesh who lived in Libya, offered Imran a trip by sea to Italy at a cost of $1,000 USD, said Roksana. He agreed and set out by boat in 2012 along with 400 other people from Asian and African countries.

A few days later, “I received a phone call from an unknown telephone number and someone at the other end informed me that Imran had died of fatigue and dehydration on arrival at the Italian port,” Roksana said. “He never came home, not even his dead body that we could see and bury.”

Imran and Roksana had been married for only one year before he went to Libya. She gave birth to a girl the same year he left. They named her Rebeka Begum. She is now ten years old. Rebeka doesn’t know what her father looked like.

Although a widow, Roksana did not leave her father-in-law’s house after Imran died. She said, “I could have remarried but did not do so because of my little daughter. Fortunately, my in-laws are good people. Their granddaughter is a solace for them now that their son is gone forever.”

Roksana ekes out a living laboring in the fields at Sathibari.

“I’ve no alternative to hard work in the field,” she said. She choked up when she told IPS about another relative from Nankar who after spending four days at sea, was detained by the Italian Coast Guard and was eventually moved to a camp. Later, he was able to get all his papers in order and was granted a permit to stay. He is now visiting his family near Mithapukur and making arrangements to take his wife to Italy.