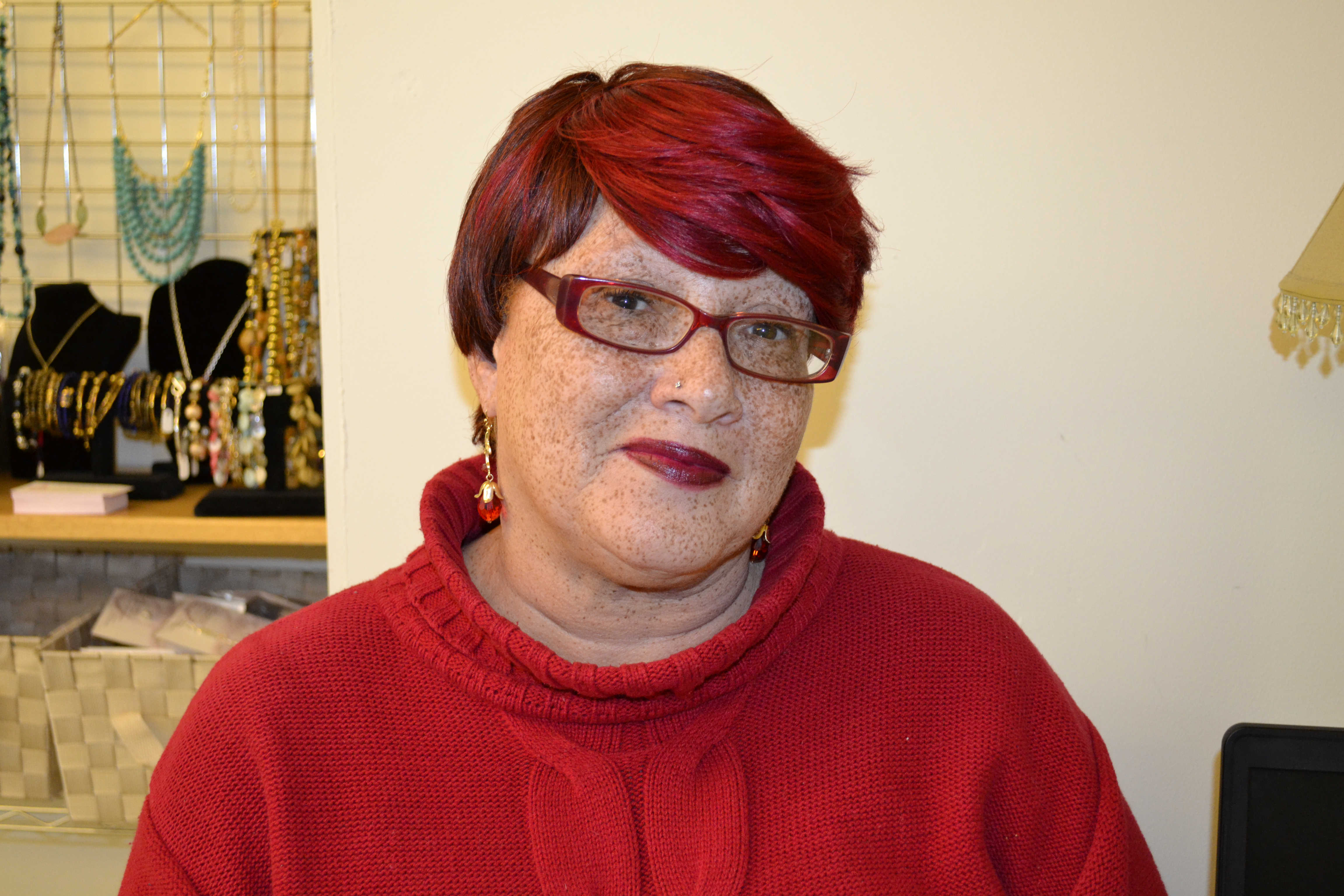 Saundra came to Rosie’s Place about six years ago, at a low point in her life. Circumstances had led her to lose her housing, and she made the wrenching decision to separate from her teenage son while she became homeless and went through the process to find new housing for them both. She says that when she first entered Rosie’s Place, she say the light from the lobby skylight and thought, “Everything’s going to be alright.”

In 2011 my son and I became homeless. I never thought that this would happen to us.

I had lost my older son Brandon just five years before. He struggled in life due to brain damage from abuse that I suffered while I was pregnant. At the time, I had a great job doing home staging for several realtors in the Taunton, MA area. I did some damage to my back and sunk into a deep depression from the loss of my son and my pain. I was out of work for months and had to deplete my savings paying rent and utilities. When I wasn’t able to return to my job, we had to move to Boston and stay with my sister in Hyde Park. I had to be a Boston resident for six months to get help with housing.

My son, Jourdon, stayed with his father while I did the “shelter shuffle.” I was determined to get a place for Jourdon and myself as soon as possible. Rosie’s Place welcomed me and helped me in a lot of ways. They were instrumental in linking me to a housing search agency. After two very hard years of homelessness, I received a Section 8 voucher within two months of working with HomeStart. I was able to find a place that would accommodate my pets. Finally I was reunited with Jourdon.

I would still visit Rosie’s Place to see friends that I met there. I attended a personal growth program called Steps and volunteered by starting a Book Club and by serving the women a nourishing meal. I helped women complete housing applications and gave support whenever they needed it–even if it was a smile, a hug or words of encouragement. I frequented Rosie’s Place’s art studio and helped complete several projects. I worked for a year with The Women’s Craft Cooperative, making jewelry to sell on Rosie’s Place website.

Today I work in a program that I developed with the help of Mel King at the South End Technology Center called CONectivity. I help men and women coming out of prison who are in recovery to reintegrate into their communities. I am also working to become a Certified Recovery Coach. And I am the Director of Prison Relations at AMRON International Organization, Inc. I sell handmade quilts, jewelry and photography at various fairs as well as online. Jourdon and I have moved into a new apartment building where we are the first occupants.

Through all of this, I am finally doing what I was meant to do: help others by providing the tools for them to succeed. I often think about a quote from Mother Teresa, “God never gives us more than we can handle. I just wish he didn’t trust me so much.” I love my life today and now think I wouldn’t change a thing.

In Their Own Words is a monthly section featuring the writing of the women from Rosie’s Place.