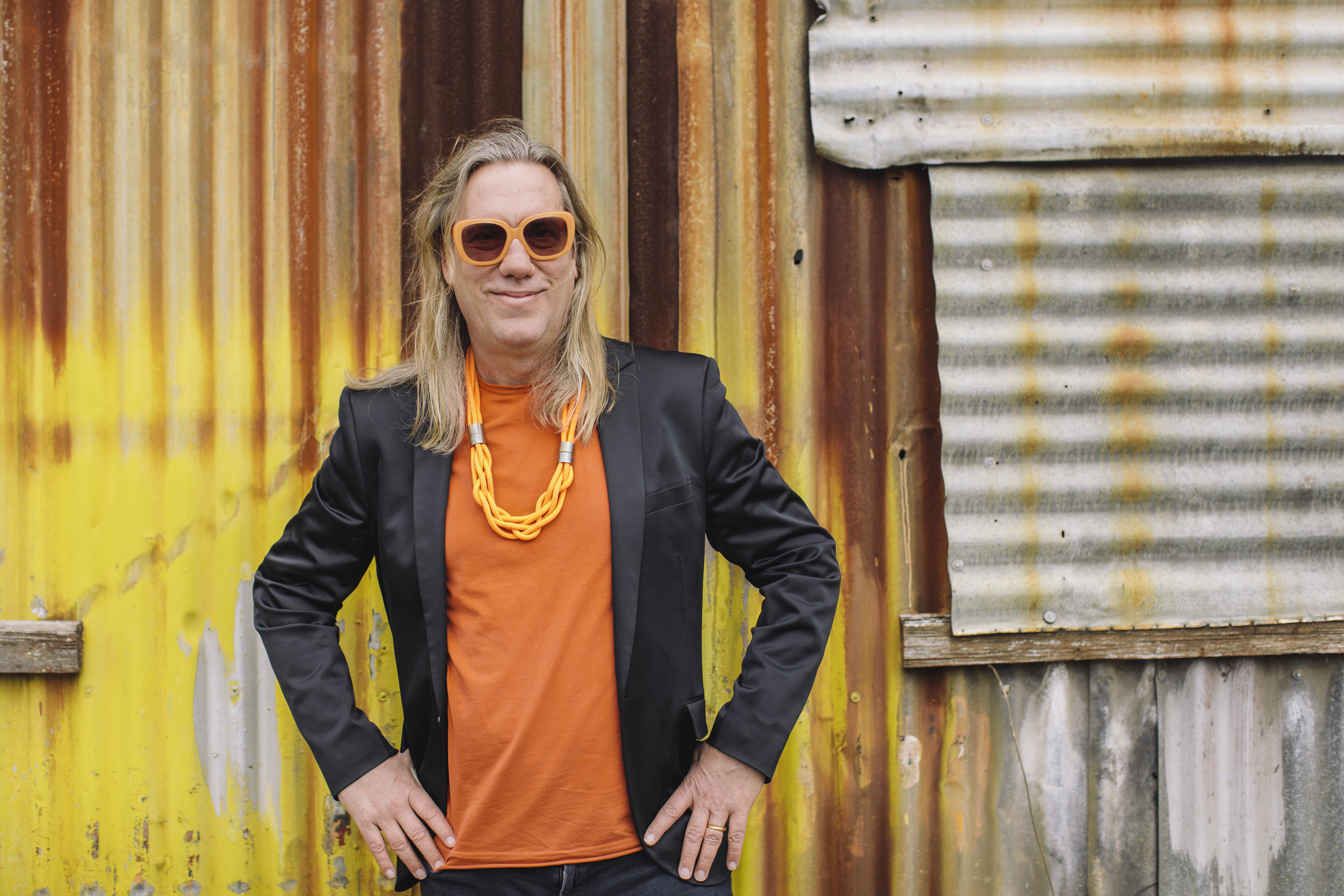 When I was 16 the one thing I had going on was music. I grew up in Milwaukee, USA. It was an industrial city and there was not a lot of cultural activity going on compared to what we are used to these days. I was pretty bored most of the time; I didn’t really enjoy going to school.

I was like a musical meteor that hit my family. There was nobody in previous generations that had played music. I’m of a generation where people did not think music was a career path and that it was nothing more than a way to amuse yourself. There were no examples of professional musicians in Milwaukee other than the members of the orchestra or wedding bands. My mother was quite concerned because she associated music with drug-taking.

We started the Violent Femmes when I was about 20. Gordon [Gano] was still at high school when we started the band [in 1980]. The first time we played together was at his school and it created a near riot! It was one of the most exciting gigs ever!

Now, when we look back on our rather sudden success it was obviously a fluke. By early 1984, we were already touring in Australia and Europe and we had recorded our first album. But when you are young and arrogant you don’t think it’s so unusual. It seemed like the normal thing to have happen – in fact we were probably surprised that we weren’t more successful. But you need that self-confidence, otherwise you would probably never venture out of your garage.

We have had a few hiatuses, or as I call them “I hate us”. A rock band is not a normal thing – people got this idea from watching The Beatles where there’s a few guys and they all live together and probably sleep in the same bed, you know, and all have the same mind-set, but that’s not what it’s like. There’s something great about having diverse personalities in close quarters and the kind of friction that happens there results in music that’s better than we would make as individuals. So, it’s a sacrifice. You sacrifice your sanity and sometimes you sacrifice your health – but then you’re making good music.

I would say the band had a pretty good effect on my personal life. I’m sitting here with my beautiful wife, who I met at a Violent Femmes concert. One of the crew members gave her a backstage pass so she could come back and get her CD signed and I basically just took over from there.

I have one boy, well, man: he’s 32 years old. He was born with cystic fibrosis. Four years ago, he underwent a double lung transplant, which was successful. It has completely transformed his life. He lives back in Wisconsin – he’s a visual artist who does music as well. His main job now is working as a chef. He’s a grown man, you know. People need to get on with their own lives, but we do see quite a bit of each other.

Midnight Oil sponsored me for a distinguished talent visa in Australia. My wife and I had both been coming to Australia quite a bit; we thought it was the greatest country. Eventually we looked at each other and said: “Let’s try to move to Australia.” We wanted to live in Tasmania because we think it’s a beautiful place. We didn’t know much about the culture here when we moved, but we sure found out quickly! People are so creative here, it’s almost like a Wild West mentality: there’s a lot of freedom here and there’s not much back in the States.

I still consider myself a New Yorker. It is the greatest city in the world. But considering the political situation right now, it feels very safe to be here in Tasmania. There’s a heightened state of paranoia and anxiety in America right now, which people there don’t even realise they are suffering from. And here, on the other hand, we have a country whose motto is “no worries”.

I think the 16-year-old me set a pretty good standard to follow as an adult. When I’m playing Violent Femmes songs I think, Damn, why did you write such hard bass parts? I’m not being complacent or anything, but I think I was always on the same trajectory and what I’m doing now is a continuation of what I was doing then. I’m pretty lucky that way.