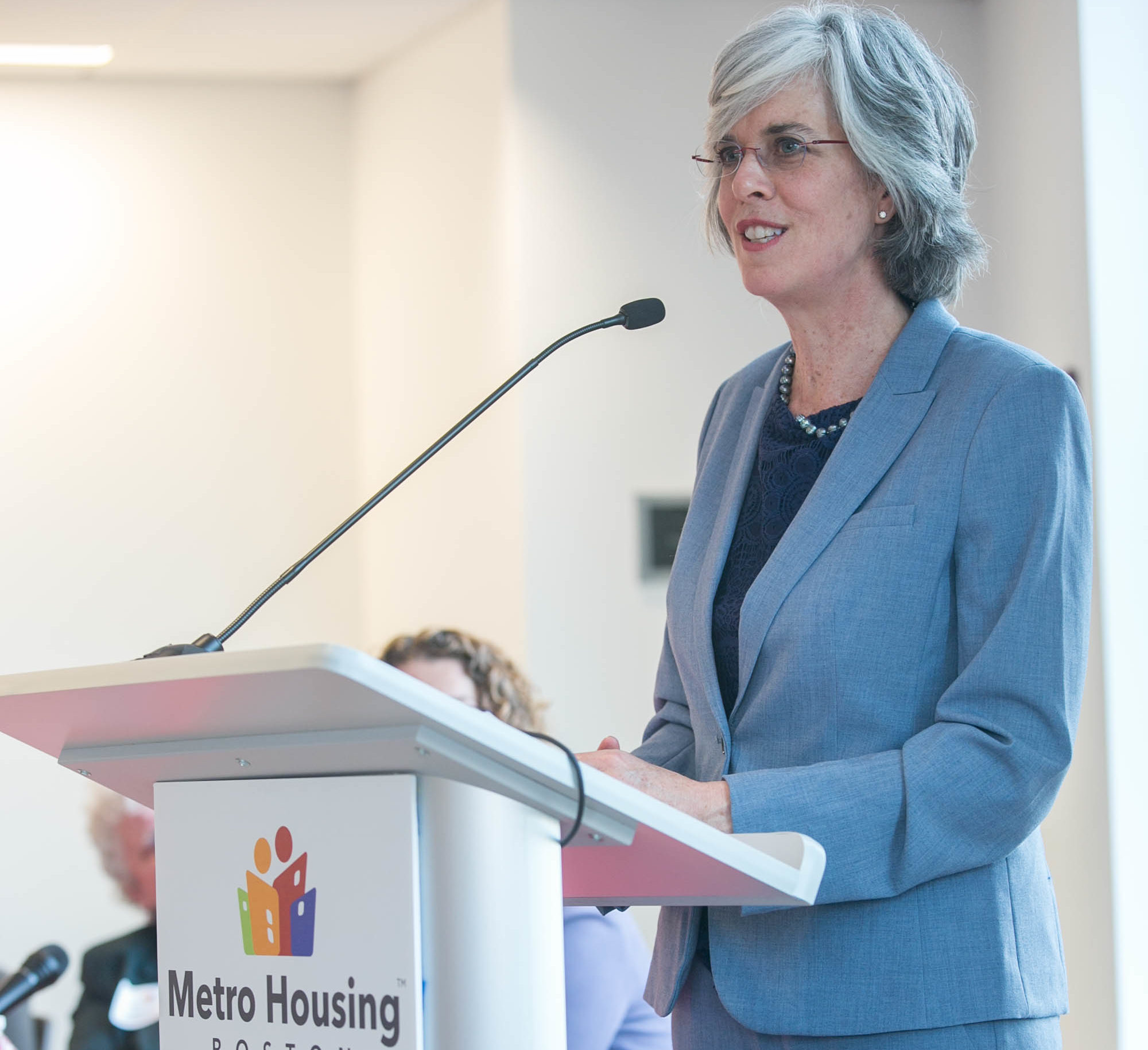 On May 1, housing advocates and city and state officials gathered together for a forum about the condition of state and federal affordable housing programs, and what it means for housing throughout the Commonwealth. The event was hosted by Metro Boston Housing at their headquarters and marked the beginning of the “Our Homes, Our Voices” National Housing Week of Action. The forum included six panelists and a moderator, and Representative Katherine Clark provided opening remarks.

“The FY18 omnibus appropriations bill… went in the completely opposite direction of the proposals from the administration, and it passed with broad bipartisan support,” Clark said. Clark highlighted the administration’s new guidelines that would increase the cost of low-income tenant rents. “For the first time in years we’ve made significant federal investments in housing.”

The omnibus spending bill increased funds for low-income housing production, increased grants to aid the homeless, and saved two housing programs from elimination. Other panelists voiced their excitement for the bill.

“There’s no doubt the power of advocacy, organizations like yours, [and] resident leaders across the country weighing in was a big part of that success,” said Diane Yentel, president and CEO of National Low Income Housing Coalition. She noted the Trump administration originally proposed a 15 percent cut to HUD resources in the initial White House Budget, which Congress flipped into HUD receiving a 10 percent increase. “That’s a historic swing,” Yentel said.

“We’re very lucky in Massachusetts,” said moderator Rachel Heller, CEO of the Citizens’ Housing & Planning Association. She cited advantages like the state’s Chapter 40b law, which facilitates the creation of more affordable housing, its three state rental subsidy program, and its variety of tax credits.

Many panelists also pointed to a $1.8 billion housing bond bill awaiting a joint committee vote in the State House (the House and Senate approved their respective versions of the bill). The bill would fund affordable housing programs throughout Mass. and help create 17,000 units of housing.

There are still plenty of challenges facing Massachusetts. Clark Ziegler, executive director of Massachusetts Housing Partnership, told the crowd there was a housing supply crisis.

“And housing subsidies alone will not solve that,” Ziegler said. “We have a supply problem that’s exacerbating our affordability problem.” He highlighted in a brief powerpoint that from 2010 to 2016, the state added 246,00 residents and 353,000 new jobs but only 81,000 new units. Further, Massachusetts  has the third highest home values and eighth highest rents in the country, but also one of the lowest rates of housing production in the nation.

On top of this, the recent federal tax reform resulted in a $47 million loss in funding for affordable housing in the state. Ziegler also noted that over 200,000 low-income households were paying over 50 percent of their income in rent.

The panelists also offered some solutions and calls to action.

Janelle Chan, undersecretary of the Department of Housing & Community Development (DHCD), pointed to the state’s Housing Choice Initiative, which incentivizes cities to create new housing and seeks to build partnerships between state and municipalities.

“We just received dozens of applications from municipalities to be Housing Choice designated communities,” Chan said. “That means they will have access to capital funds of about $7 million.”

The initiative also seeks to facilitate the construction 135,000 housing units statewide by 2025.

Cynthia Lacasse, director of Rental Business Development at MassHousing, stressed the importance of preserving affordable units in the state.  Over the next three years, she said, almost 13,000 affordable units will be at risk of converting to more expensive market rate pricing, mostly because the federal loans that protected their price range are set to expire.

“DHCD and MassHousing came up with a group of resources to preserve these properties, like subsidies and tax exemptions,” Lacasse said. “Today we have addressed or are in the process of addressing about 1400 units with these resources.” She also mentioned that in the last three years MassHousing financed the preservation of 14,000 units.

Catherine Racer, associate director of the DHCD, pointed to a common dilemma.  “I think the biggest problem for us is: how do we use enough resources to increase supplies… but at the same time how do we deal with the preservation?” Racer also said there’s always a struggle for resources, but they have to keep up the work. “We are bailing out the ocean with a teaspoon, but we have to keep going,” she said.

Diane Yentel stressed the importance of building coalitions beyond the housing rights community.  “I want to challenge everybody here to think about civic engagement as a critical part of the work that you do every day,” Yentel said. She also noted that renters vote in lower numbers than homeowners, and that mobilizing that base could encourage lawmakers to pay more attention to legislation that affects them.