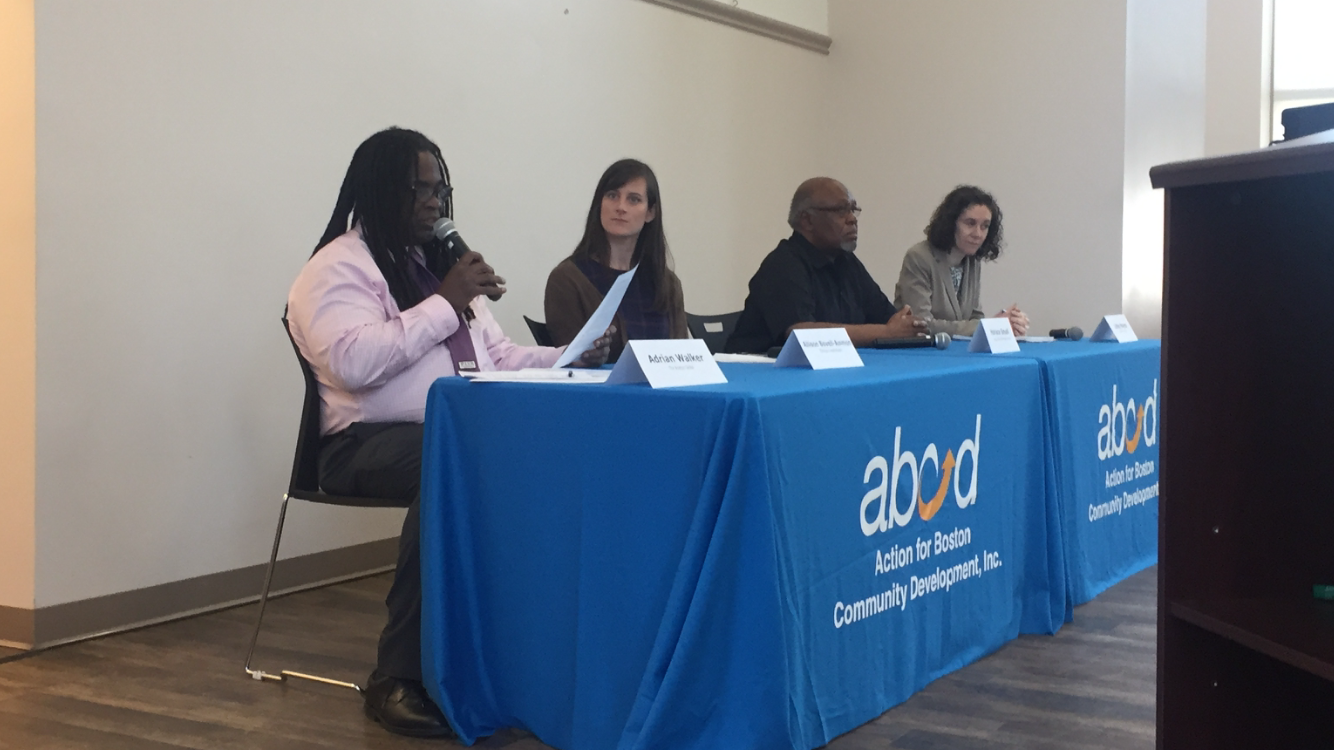 A report outlining the effects of social programs and removing barriers for low-income individuals and families was discussed at a recent panel discussion hosted by Action for Boston Community Development in Dorchester.

The “Obstacles on the Road to Opportunity” report, sponsored by the Massachusetts Budget and Policy Center and Massachusetts Association for Community Action, concluded that wage growth and reinvestment in social programs could help close the inequality gap.

“We know how to increase wages at all income brackets. Why don’t we do that now?” asked panelist Libby Hayes, executive director of Homes for Families.

Hayes said it is important to understand what is going on with poor people, but there should be a study on those who allow inequality to persist.

“We really have to look at people understanding what our expectations for society are … and put our money where our mouth is and not accept the status quo,” Hayes said. “Why the lack of political will?”

Union of Minority Neighborhoods Executive Director Horace Small also questioned the lack of political will and encouraged his colleagues to press harder for change.

“If we’re in Massachusetts, why the hell don’t we sit down and put our heads together … it could be an omnibus bill or a series of bills that addresses poverty in the next session,” Small said. “It’s simply a matter of being involved together and sharing information and talking about possibilities, talking about what could be.”

Small continued, “Because in the world I come from the way change is made is that you have to change laws.”

“We need everyone in this population, everyone in this country to have opportunity to live healthy, thriving lives,” Bovell-Ammon said. “We all lose out when we continue to have groups of people who are unable to access opportunities and because of that their health is compromised.”

Bovell-Ammon urged her colleagues and other advocates to keep telling their stories and the stories of their communities..Small also called for advocates to train and organize so people facing poverty can have a voice.