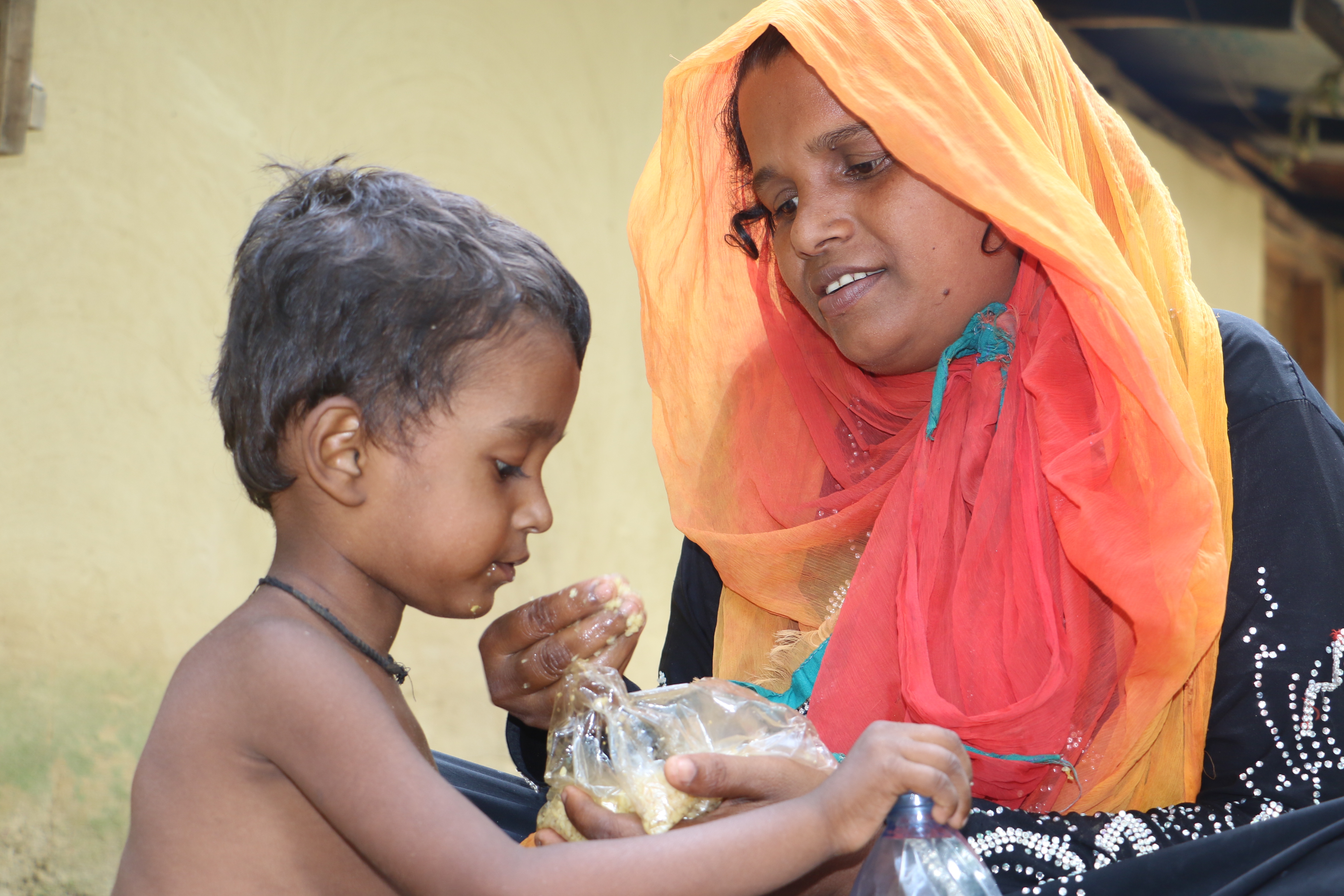 It is estimated that 700,000 Rohingya refugees from Myanmar are housed in Cox’s Bazar district in Bangladesh. Credit: Mojibur Rahaman Rana/IPS

At 12, Mohammed* is an orphan. He watched his parents being killed by Myanmar government soldiers a year ago. And he is one of an estimated half a million Rohingya children who have survived and been witness to what the United Nations has called genocide.

According to accounts in a UN fact-finding report released today, the children were likely witnesses to their homes and villages being burnt down, to mass killings, and to the rape of their mothers. As girls, they would have likely been raped themselves.

It has been a year since the atrocities in Myanmar’s Rakhine state led to the exodus of some 700,000 Rohingya—some 60 percent of whom were children, according to the UN Children’s Fund (UNICEF)—into neighbouring Bangladesh and to the coastal Cox’s Bazar district were the refugee camps have been set up.

And life remains difficult for the children in these camps.

Some who live in the squalid camps find it hard to envision themselves returning to a normal life; others, like Mohammed, dream of justice.

“I want justice… I want the soldiers to face trial,” he tells us, saying he wants justice from the soldiers who “ruined his life”.

“They killed our people, grabbed our land and torched our houses. They killed both my mother and father. I am now living with my sister,” he says.

A year ago, on 25 August, Myanmar government forces responded to a Rohingya Salvation Army (ARSA) attack on a military base. But, according to the report by the UN Independent International Fact-Finding Mission on Myanmar, “the nature, scale and organisation of the operations suggests a level of preplanning and design on the part of the Tatmadaw [Myanmar’s military] leadership.”

The report outlines how “the operations were designed to instil immediate terror, with people woken by intense rapid weapons fire, explosions, or the shouts and screams of villagers. Structures were set ablaze and Tatmadaw soldiers fired their guns indiscriminately into houses and fields, and at villagers.”

It also notes that “rape and other forms of sexual violence were perpetrated on a massive scale” and that “sometimes up to 40 women and girls were raped or gang raped together. One survivor stated, ‘I was lucky, I was only raped by three men.’”

The report calls for a full investigation into genocide, crimes against humanity and war crimes, calling for Myanmar’s top generals to be investigated for genocide in Rakhine state.

Senior-general Min Aung Hlaing is listed in the report as an alleged direct perpetrator of crimes, while the head of state, Aung San Suu Kyi, was heavily criticised in the report for not using her position “nor her moral authority, to stem or prevent the unfolding events, or seek alternative avenues to meet a responsibility to protect the civilian population.”

While rights agencies have responded to the report calling on international bodies and the UN to hold to account those responsible for the crimes, local groups have been calling for long-term solutions to aid the surviving Rohingya children.

Since their arrival in Bangladesh many Rohingya children have not received a proper education, while the healthcare facilities have been strained by the large numbers of people seeking assistance.

While scores of global and local NGOs, aid groups, UN agencies and the Bangladesh government are working to support the refugees, aid workers are concerned as many of the children remain traumatised by their experiences.

While they are receiving trauma counselling, it is still not enough.

“Whenever there is a darkness at night, I’m scared and feel somebody is coming to kill us… sometimes I see it in my dream when I’m asleep… sometimes I see our room is filled with blood,” says 11-year-old Ayesha Ali*, who was studying at a madrassa at Kutupalong camp in Cox’s Bazar.

UNICEF in an alert last week warned that denial of basic rights could result in the Rohingya children becoming a “lost generation”.

“With no end in sight to their bleak exile, despair and hopelessness are growing among the refugees, alongside a fatalism about what the future has in store,” the alert states.

A number of children in the camps have lost either one or both parents. Last November, Bangladesh’s department of social services listed 39,841 Rohingya children as having lost either their mother or father, or lost contact with them during the exodus. A total of 8,391 children lost both of their parents.

“Most of the children saw the horrors of brutality and if they are not properly dealt with, they might have developed a mind of retaliation. Sometimes the small children talk like this: ‘We’ll kill the army…because they killed our people.’ They are growing up with a sort of hatred for the Myanmar army,” says aid worker Abdul Mannan.

And while there are 136 specialised, child-friendly zones for children and hundreds of learning centre across Cox Bazar, UNICEF notes it is only now “developing a strategy to ensure consistency and quality in the curriculum.”

BRAC, a development organisation based in Bangladesh, points out current learning centres and other facilities for children are not enough for the proper schooling and future development of the children.

“What we’re giving to the children is not enough to stand them in good stead,” says Mohammed Abdus Salam, head of humanitarian crisis management programme of BRAC.

Salam says that the children and women in the camps also remain vulnerable. “Especially the boys and girls who have lost their parents or guardians are the most vulnerable as there was no long-term programme for them,” he says, adding that many were still traumatised and suffered from nightmares. Cox Bazar is a hub of drugs and human traffickers, and children without guardians remain at risk.

Both the Bangladesh government and international aid officials say that they are trying hard to cope with the situation in Cox Bazar which is the largest and most densely-populated refugee settlement in the world.

But Salam says that it is urgent to formulate long-term plans for both education and healthcare if the repatriation process was procrastinated. “Otherwise, many of the children will be lost as they are not properly protected,” he says.

*Names changed to protect the identity of the children A damning reporting by the United Nations on the Myanmar’s army crimes against the Rohingya may come too late for these Rohingya children, many of whom remain traumatised as witnesses of the genocide. Credit: Farid Ahmed/IPS A Rohingya girl proudly holds up her drawing at a UNICEF school at Balukhali camp, Bangladesh. Credit: Farid Ahmed/IPS 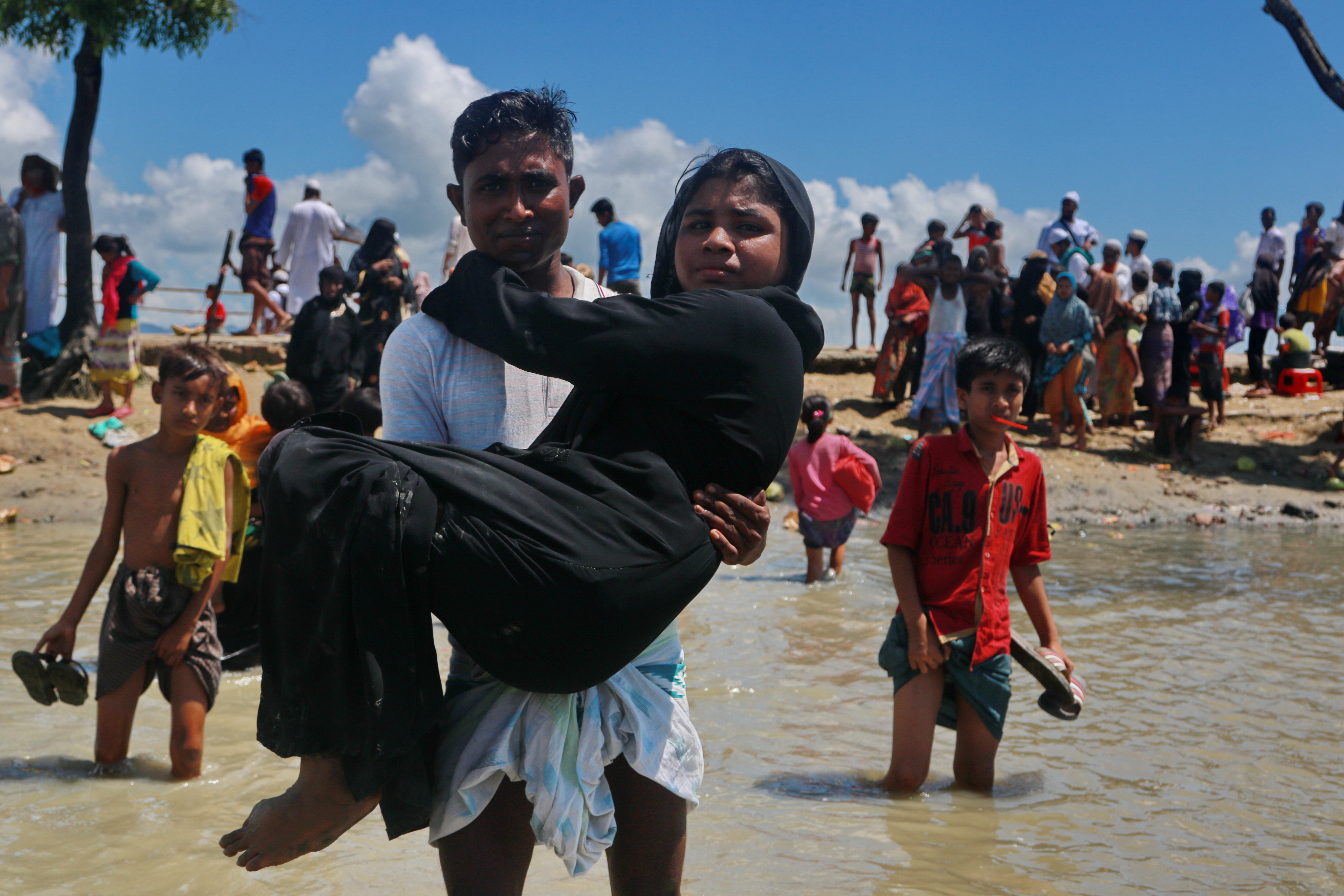 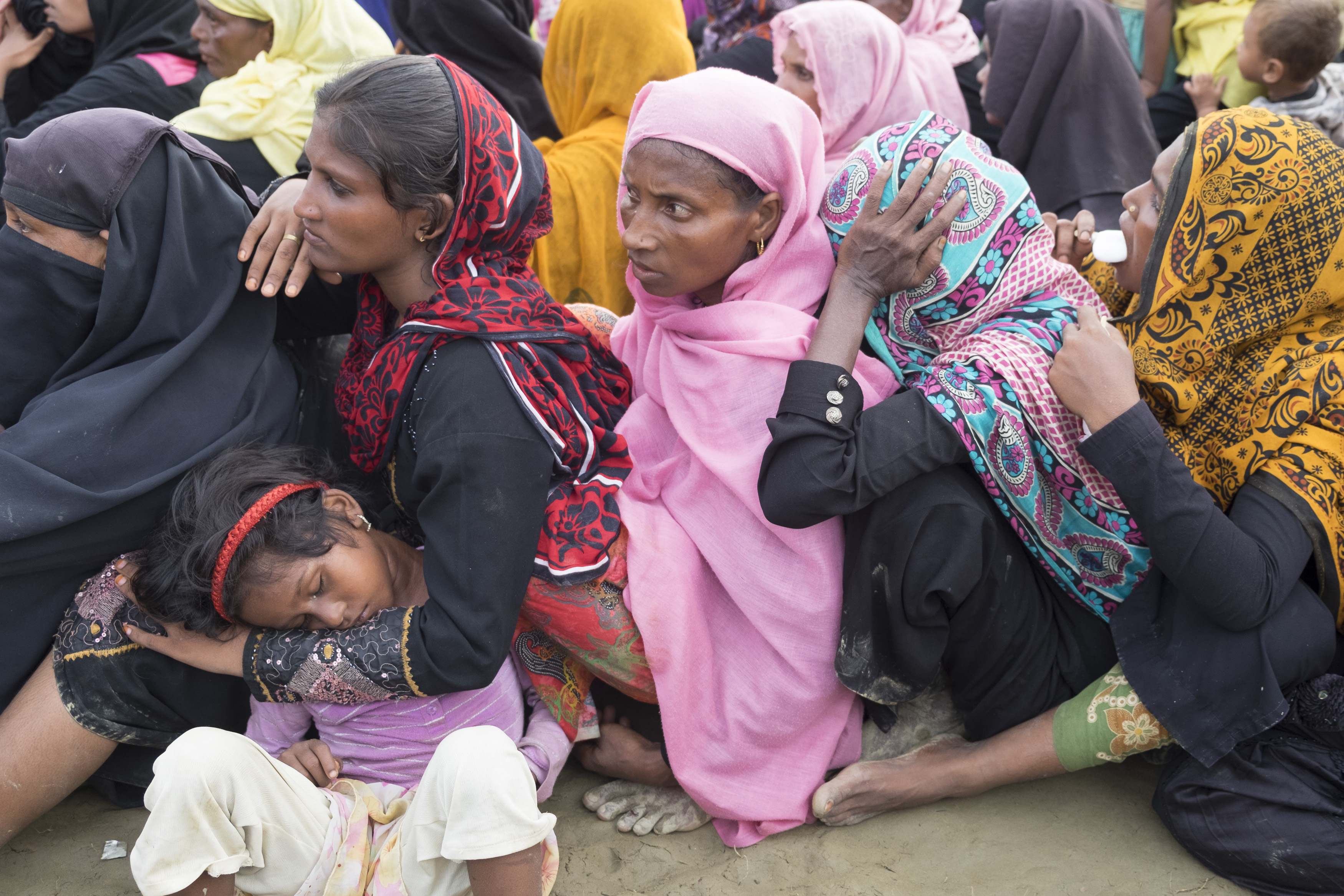 Women and children who escaped the brutal violence in Myanmar wait for aid at a camp in Bangladesh. Credit: Parvez Ahmad Faysal/IPS