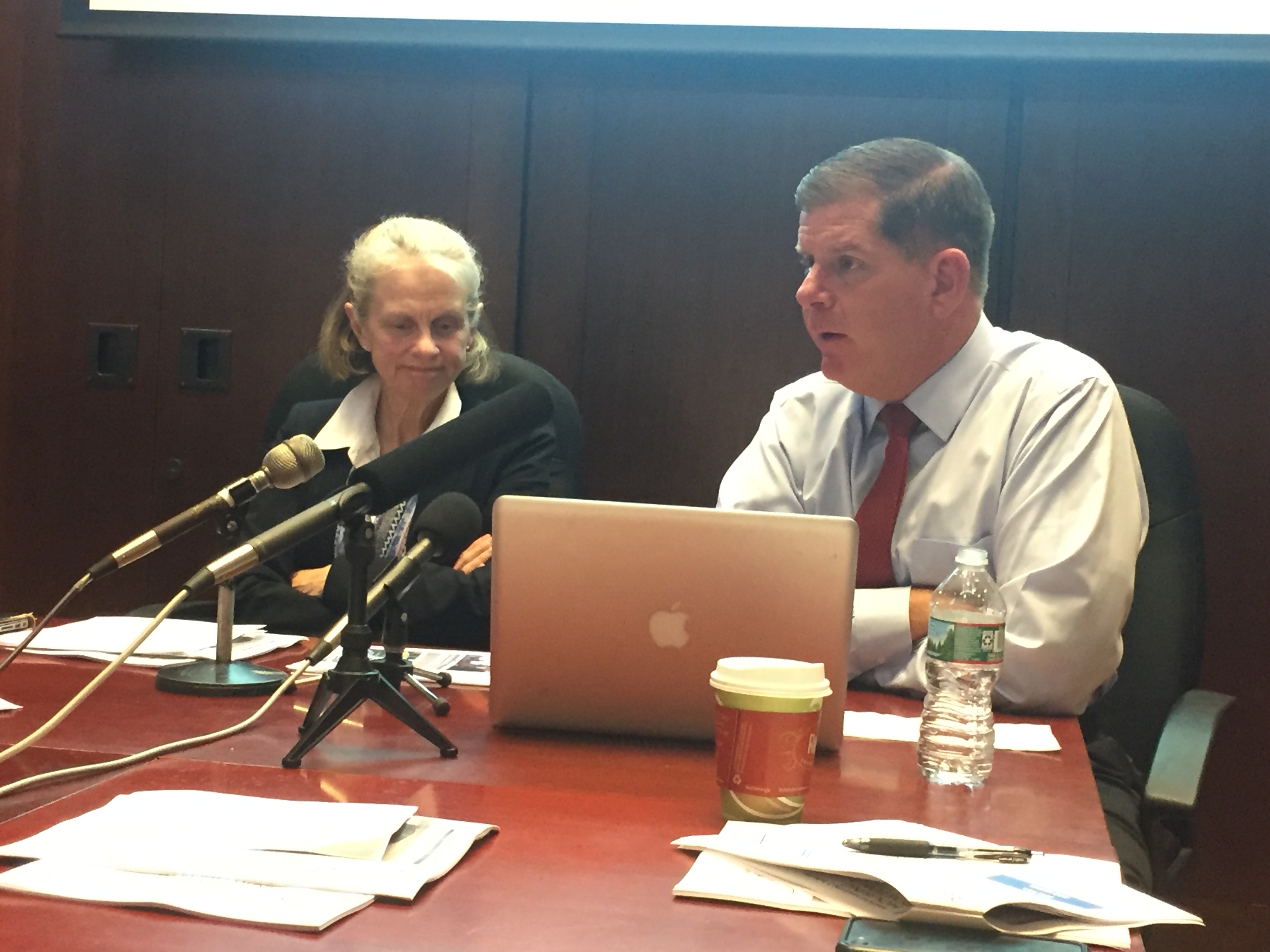 Census data from 2016 has Boston rethinking its housing goals for 2030, which is projected to see 59,000 more residents than anticipated.

Boston Mayor Martin Walsh said that the city was exceeding its goal for 2030 set four years ago before taking into account the new data, with more than 27,000 units permitted for a goal of 53,000 by 2030.

Walsh said the increased projection, which is expected to include a lot more seniors in the city, is not surprising and will require a regional approach.

“It’s a lot of things, but the economy is probably the biggest driver,” Walsh said as to why more people are moving into the city. “There’s going to be a conversation in the next couple of weeks with the mayors and other places. Low-income housing, it just can’t all be in Boston.”

Sheila Dillon, housing chief and director of neighborhood development, said the new plan keeps the percentage of affordable housing units the same, meaning that the city plans to have 70,000 affordable units by 2030 to accommodate the growing population without displacing residents here. The revised plan includes a new way to meet that goal.

“It’s come to our attention that a lot of the existing apartment buildings in the city are changing hands so we are committing ourselves to helping nonprofits or for-profits that do affordable housing to acquire up to 1,000 units so they can make those permanently affordable,” Dillon said. “It adds to our affordable housing stock and it helps the families that are there now stay so it’s a really important initiative.”

In addition to the 1,000 homes campaign to prevent displacement, the city will also help the Boston Housing Authority preserve, restore and build 4,500 housing units by 2016.

What the city will also be looking at, according to Dillon, are eviction rates and homeownership through this process.

Dillon said evictions in the city have fallen and that data will be released in the coming weeks.

“There’s no perfect data source for displacement. We track evictions every year. In fact we’ve got an army of interns right now in housing court looking at eviction data but we know that’s only a piece of the story,” Dillon said. “I think our goal is just to continue to build enough affordable housing and preserve the affordable housing that we have.

“Right now the development costs in Boston are hovering around $400,000 per unit and affordable housing units can support very very little debt at all so you really have to find sources of funding … so it’s easier said than done.”

Dillon also spoke of the newer Bostonians protected to arrive by 2030 and how large portion, 56 percent, will be seniors.

“We thought given the demographics that we would see a lot of developers coming, knocking on our doors saying, ‘We want build elderly housing.’ We have not seen that,” Dillion said. “So the city’s been putting out really wonderful pieces of land for the creation of affordable elderly housing. So we’re taking it development by development but we really are encouraging this kind of construction.”

Walsh also spoke to the new trend of people over 65 wanting to live in the city instead of the suburbs.

“The movement is coming the other way, the movement is moving back into urban America,” Walsh said. “It’s about growing the population and the housing stock in the city but also being consistent in the city. Making sure that our city is strong, that we don’t have an opportunity where people want to move out or have to move out down the road for whatever reasons, whether it’s a profit on their homes or have you. It really is about building an equal and just city across the board.”