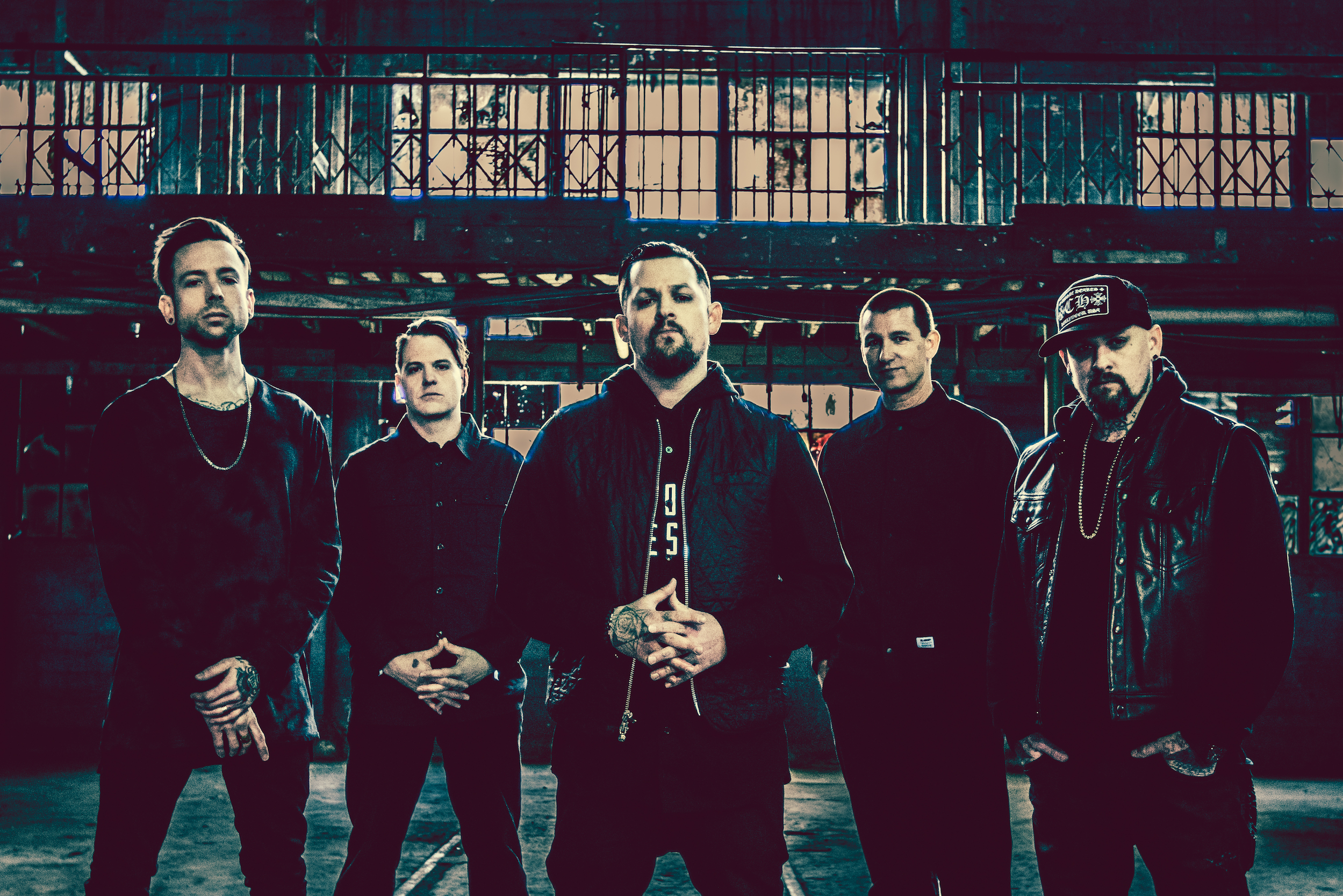 For nearly 20 years, Pop-Punk quintet Good Charlotte has used their talents to focus on the little things. Now in 2018, inspired by the death of an artist on the rise, they’re shifting their focus to bring awareness to the awful things.

With the release of  last month’s Generation Rx, the Maryland-to-California transplants don’t just open a new chapter in their illustrious career, but also a timely and urgent response to the increasingly tragic opioid epidemic within the scene they call home. The band changed to this new direction following the untimely 2017 passing of SoundCloud rapper, and fan of the band, Lil Peep.

“We did a cover of Peep’s ‘Awful Things’ right after he passed away. We’re fans of Peep’s music, and he was a Good Charlotte fan, and the SoundCloud and emo rap scene that he came out of is very reminiscent of the scene that Good Charlotte came out of when we were starting on in the Warped Tour emo scene,” guitarist Billy Martin told Spare Change News. “There just seems to be a lot more drugs involved in that scene today, and a lot of bad shit is happening. So we did the cover song, and it was dark, sad and gritty, and we kinda did that on purpose. We loved the sound, like it could have been a Good Charlotte original after we finished it, so we thought it would be really cool to make a record that sounded like that and had the same vibe.

The song influenced the band’s vocalist, twin brothers Joel and Benji Madden, a tribute from an older generation of musicians to the rising crop of talen.

“Growing up in Generation X, we can see that this generation is dealing with different things than what we had to deal with growing up, and Generation Rx just seemed like a perfect play on words to describe it,” said Martin.

The album has a darker, more social direction, which touches heavily on issues surrounding mental health and mental illness, as well as foreign policy and immigration. The group was also bolstered by past reactions from fans who described deep connections to their music. Good Charlotte has done a pre-show meet and greet before nearly every show over the course of their career, and Martin said he and his bandmates have witnessed so much emotion from fans who have written the band letters or thanked the guys in person for writing songs like “Hold On,” from their 2002 smash-hit record, The Young and the Hopeless. It was that emotion that really helped the Madden Brothers really lock in on the lyrical direction of the new album, in hopes that they could write songs that would once again connect with their fans on that deep, personal level that Martin feels they backed away from on their last two records, 2010’s Cardiology and their 2016 comeback effort, Youth Authority.

“We’ve always taken that [reaction and emotion] to heart, because it’s a huge thing for us to have someone open up about those struggles. We used to think that as our fanbase gets older, they won’t be dealing with that stuff as much anymore, but that’s just so not true,” said Martin. “We still have people coming up to us wanting to tell us stuff they’ve been waiting to tell us for 15 years, and it’s been great to see that our music has been such a powerful thing for them.”

The current political and social climate has pushed many entertainers who have made it a point to stay away from taking a political stance into the very arena they tried to avoid, and Martin is no exception – but having kids can really change someone’s perspective.

The mid-30’s punk rocker has never really been interested in being political, in his music or otherwise, but he’s not thinking about himself anymore.

“Personally, I’ve never really been into politics. It’s never been my ‘thing’. But I’m at that age in my life where I have kids and I have to start thinking about how our decisions as voters will affect the world our kids are going to grow up in,” admitted Martin. “But I do enjoy having music be that thing that helps me escape for a little while, whether it be an album or a live show. I don’t necessarily want to not think about all the outside stuff, but it’s good to have that release for it all.”

The goal with the new record was simple: the Pop-Punk titans wanted to write a record that had a strong, clear message. They wanted to connect, and they wanted to help continue the dialogue about mental health, because, as Martin puts it, “You can’t fix things if you don’t talk about them,” and it was important for them to touch on these issues because so many of their fans have struggled with them.

In addition to the fact that mental health continues to be a commonplace conversation piece, Martin acknowledges the weight he and his bandmates carry as entertainers to convey a powerful message. He’s also pumped to see the amount of speaking up that is going on, in terms of the sexual assault findings in Hollywood and Washington, and the change that we are seeing as a result of it.

“Obviously, nothing is going to change overnight, especially with this Kavanaugh shit going down where he was just put right back into where he wanted to be in the first place. But that whole thing lets us know that people are talking, and it helps people to understand that this is just the beginning of change, and I think that, as entertainers, it’s sort of our job to talk about that stuff and put it out there, even though we aren’t a political band. We’ve never been a political band, but we’ve always had a social conscience about where the world is at the time, and how we can help to get people thinking and help make the world a better place.”