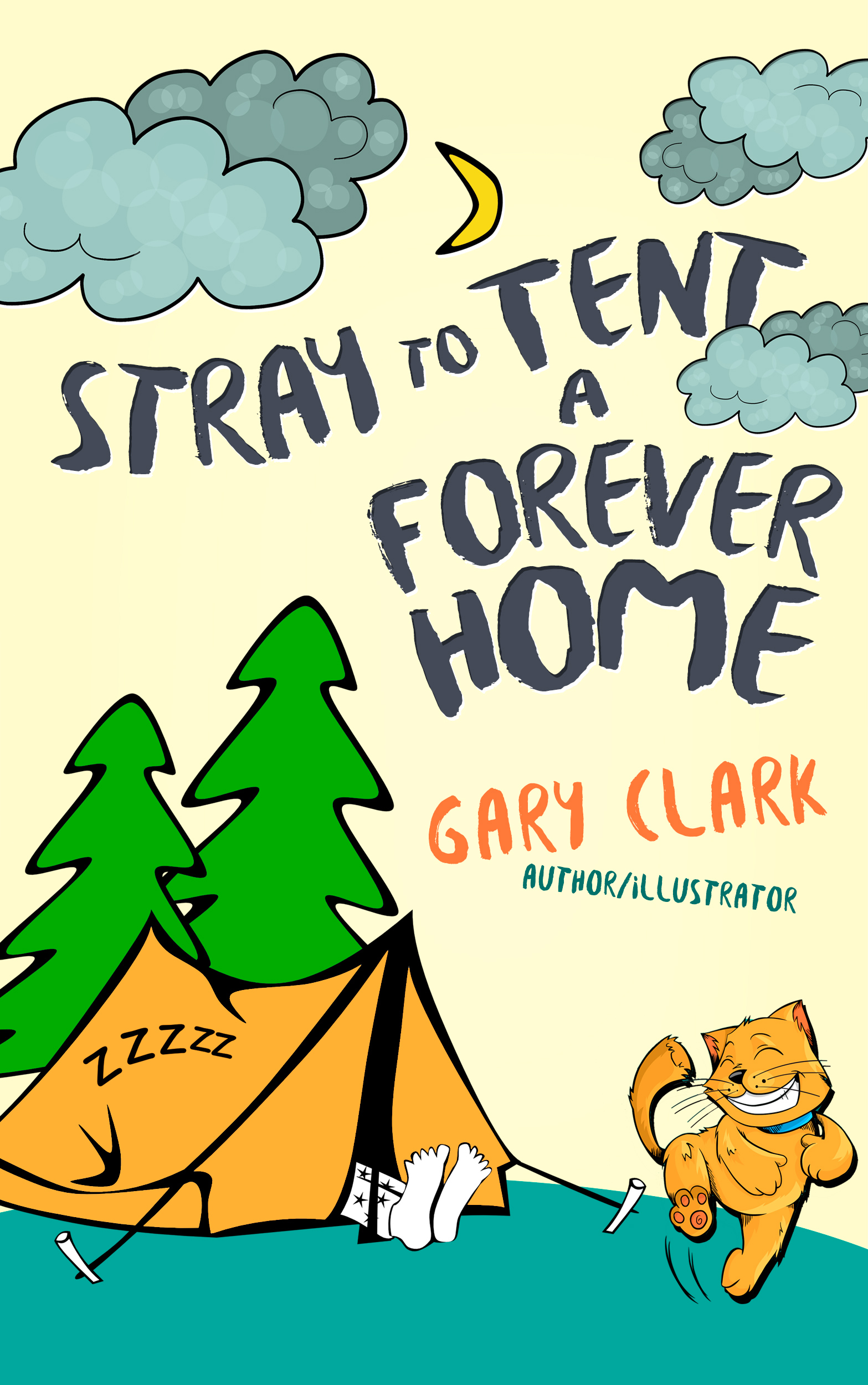 Stray to Tent A Forever Home

What a glory! This book by Gary Clark is beautifully illustrated to raise children’s awareness about homelessness in a positive, loving way. It says that it is for children from the ages of 5 to 8 but really, this is a book for everybody.

Really, I found the book wonderful for children as it deals with “homelessness light” and doesn’t really touch on the trauma of being homeless. The art is spectacular and it is very easy for a child to understand. I think it would be best received by the child if a  parent read it for them and talked about the pictures. The gorgeous illustrations draw you into the story about the homeless and their pets.

One of the things the book does not deal with is the sudden eviction of homeless people from where they are living, as happened recently in Somerville, Massachusetts. A number of people had settled in a closed off tunnel that was under the overpass of the McGrath Highway at a ramp that had been shut down. A small group of homeless people had been living there for over a year. They were suddenly evicted and all the items they could not carry were thrown away into a dumpster. Their personal articles were taken away when they evicted the occupants from their campsite.

However, the book by Gary Clark does serve its purpose . The purpose of this book is to raise the levels of compassion of children and anyone who reads it for  people who, for one reason or another, are homeless.

One  part of this book that I found especially touching was when a homeless cat gets washed into a storm drain.

“One day, I got swept up into the water by the sewer and could not get out. I was trying very hard and I was very tired. Was I going to drown?” narrates the cat. “When suddenly a hand appeared out of nowhere! I awoke warm and in a tent. I was at a camp of a homeless man. He lives in the woods in a tent. It was his hand that appeared from nowhere to save me from drowning.”

This wonderful book expresses all the humanity that lives within people who are homeless.

It is meant to be shared as a bonding experience both for parent and child, and for the parent and child’s relationship to the rest of the world. It can make everyone who reads it more compassionate about the plight of the homeless person.

At the very end of this book there is a long list of different organizations that help homeless people and how to get in touch with them. It reminded me of our Helping Hands page that is being reworked by Spare Change News. Thank you for being there for us!