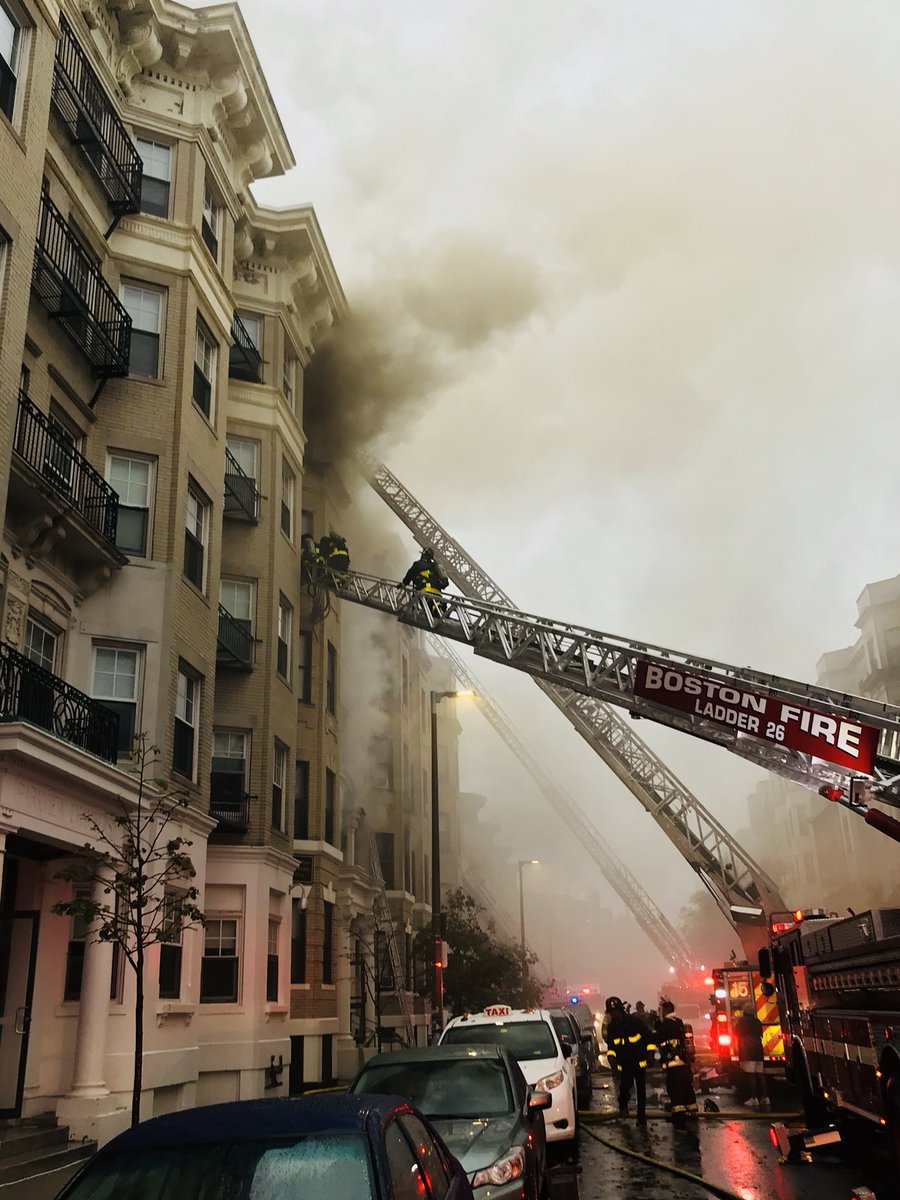 On Oct. 27 at 3:15 p.m., a seven-alarm fire broke out at a five-story apartment building on 104 and 108 Hemenway Street due to an electrical issue. The fire displaced up to 100 residents, many of whom were Northeastern University and Berklee College of Music students. The day the fire , an estimated 10 residents and one firefighter were sent to the hospital. The apartments are not affiliated with Northeastern or Berklee.

“I live on the fifth floor. At 3:15 the fire alarm started. We could see smoke. We tried to escape. The stairs were fully blocked because of smoke. We had to use the fire escape… We went to the fire escape and came out,” said a resident who wishes to remain anonymous. “We didn’t know the fire was so big. When we went down to the third floor we could not see anything, it was full of black smoke. We were having problems breathing. There was carbon monoxide. It was pitch black. We were blinded by it and scared and had never seen such a big fire.”

Additionally, the resident said that sprinklers would have ameliorate the severity of the fire. “I think if the building had some sprinklers on the fire wouldn’t have reached so much. There were no sprinklers in the building. So there was no water to shut down the fire. The fire kept on increasing.”

Though the resident said they were hoping for more from the building management, their school adequately accommodated their situation by providing temporary housing in dorms as they look for a permanent place. According to a statement by Northeastern University, students were provided housing in East Village. “The displaced students who are now living in East Village have been given toiletries, bedding, pillows, towels, writing utensils, notebooks, and other essentials. They also have access to free meals at the dining hall in the Stetson East residence hall,” the statement read.

Madeleine Estabrook, senior vice provost for student affairs at Northeastern, said in the statement that the school understands the graveness of the situation for students and is there to support them.  “We’re working tirelessly and with various agencies and various departments of the university to provide resources short term and get ready to have long-term answers for them as we work through this.”

While the schools are providing support, students like Elyssa Silverman, student at Berklee College of Music,  organized relief efforts almost immediately after the news.

“It just hurt me to know people were going to be affected by it. I was glad no one was really badly hurt. But at Berklee right now it’s midterms week. There’s a lot of stuff going on. When there’s an unpredictable kind of disaster you feel like you can’t do anything. I didn’t want to feel like that, so I just wanted to try to help however I could. I have a lot of empathy for people affected by it,” Silverman said.

The organizing came together  when a student started a Facebook group to keep everyone informed, according to Silverman. She  and three other students volunteered to help run the Facebook group and discussed via Facebook messenger to put together a drive.

“I was actually at a show that night, I was kind of checking my Facebook and this other student was like, does anyone want to help me run this Facebook group? Me and three other students volunteered and we started kind of talking through Facebook messenger putting a drive together. We knew we wanted to get it done as soon as possible so we ended up running it that Monday night. It all came together really fast,”she said.

Silverman said she was grateful for the support for the displaced residents and the cross-school collaboration when she helped set up a donation drive. “I actually did not expect other schools to really be on board just but we had a really great turnout from Northeastern University… We had a lot of people coming to our school to drop donations off which I thought was really nice,” she said. “Also there were some Emerson students there. It was a really cool opportunity to see students from the area come together, which is not something I necessarily expected.”

The Berklee Student Activities Office also lended help by providing moving carts, storage space, and a setup in the lobby.

To keep up with relief efforts, Berklee is hosting a benefit show on Sunday, Nov. 11. “ We have a benefit show Sunday night. I’ll be there, helping out too. There’s definitely a lot of student involvement on a lot of different fronts,” Silverman said. “The students really jumped on it and did a lot stuff right away. The school, the help they’ve given us in organizing these events has been kind of critical to the success of the events. I think the most that could be done right now is being done. I have a lot of faith in our community to keep that going.”