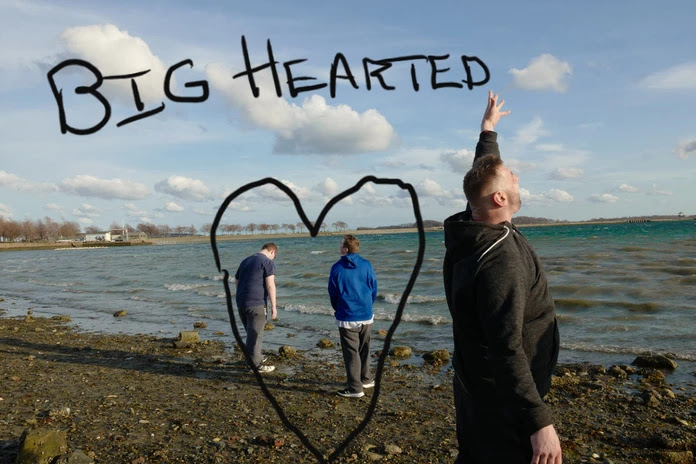 David DeCourcey is a 37-year-old Boston local who currently works at the Devine Recovery Center as a peer to peer specialist. His experience with recovery allows him to connect deeper with those who come to Devine. He has two sons, Joseph, 14, and David Jr.,15, who help drive his recovery process. photo by Jakob Menendez and Tommy Lee

You visit the website and what flashes on the screen are the words addict, failure, druggie, loser, user, hopeless and faceless.

Those words are often associated with those who use drugs and suffer from substance-use disorder. But Emerson College professor Aaron Goodman and his students are looking to change the narrative with the “Recovering Project.”

On their website recoveringproject.com, those stigmatizing words are crossed out. Visitors are then able to navigate through a gallery of 10 people – recovering addicts, many who are associated with South Boston’s Devine Center of Recovery, Goodman says.

Goodman, who is from Canada, developed the idea for his “Humanizing Media Stories” course at Emerson from the success he received from his independent work entitled the “Outcasts Project.”

“My first step into this work was in 2014/15 where I spent a year chronicling the lives of three vulnerable people who used heroin (in British Columbia),” Goodman said. “I spent a year taking pictures and I decided at the end of the year to curate my photos, show them the images and ask them for thoughts and feelings about their pictures.”

His students did similar work over the course of four months and produced a physical exhibition on campus, which Goodman said was a huge success.

Late April is when the class decided to publish their finished work online.

“The intention (is) to counter the dominant visual narratives,” Goodman said, which for addicts includes “really stigmatizing photography” that has been practiced for decades.

Stigmatizing photography can include a widely shared image like the one police from East Liverpool, Ohio shared a couple years back of a couple who overdosed in the front seat of their car with a child in the back that went viral.

Goodman said for too long photos of people injecting drugs into their neck or their arm in an alley or slouched over in a car have been viewed by the general public and are “problematic.”

“Problematic photography sends a message that people who are impacted by this public health crisis are exotic and dirty social outcasts who are a threat,” Goodman said. “I feel that it’s important to experiment with a new way of representing this crisis.”

Goodman’s students not only took pictures of their subjects, all who are in recovery, but recorded audio and had them pick and choose which photos they wanted to showcase.

Those in recovery also had the opportunity to write positive words on their photos.

Photos include a 37-year-old father on the beach with the words “Big Hearted” and a heart over his two sons, another shows a musical grandmother playing the harmonica in the front seat of a car.

Goodman said all the photos showcase “what they,” those in recovery, “have in common with all of us,” and believes this method of photography and storytelling can spark changes.

“I feel that if policy-makers and the public understands that and sees the humanity of all people then hopefully they will see the need to ensure that marginalized people have the harm reduction programs and health care programs they need to stay safe, (that) these are not disposable people,” Goodman said.