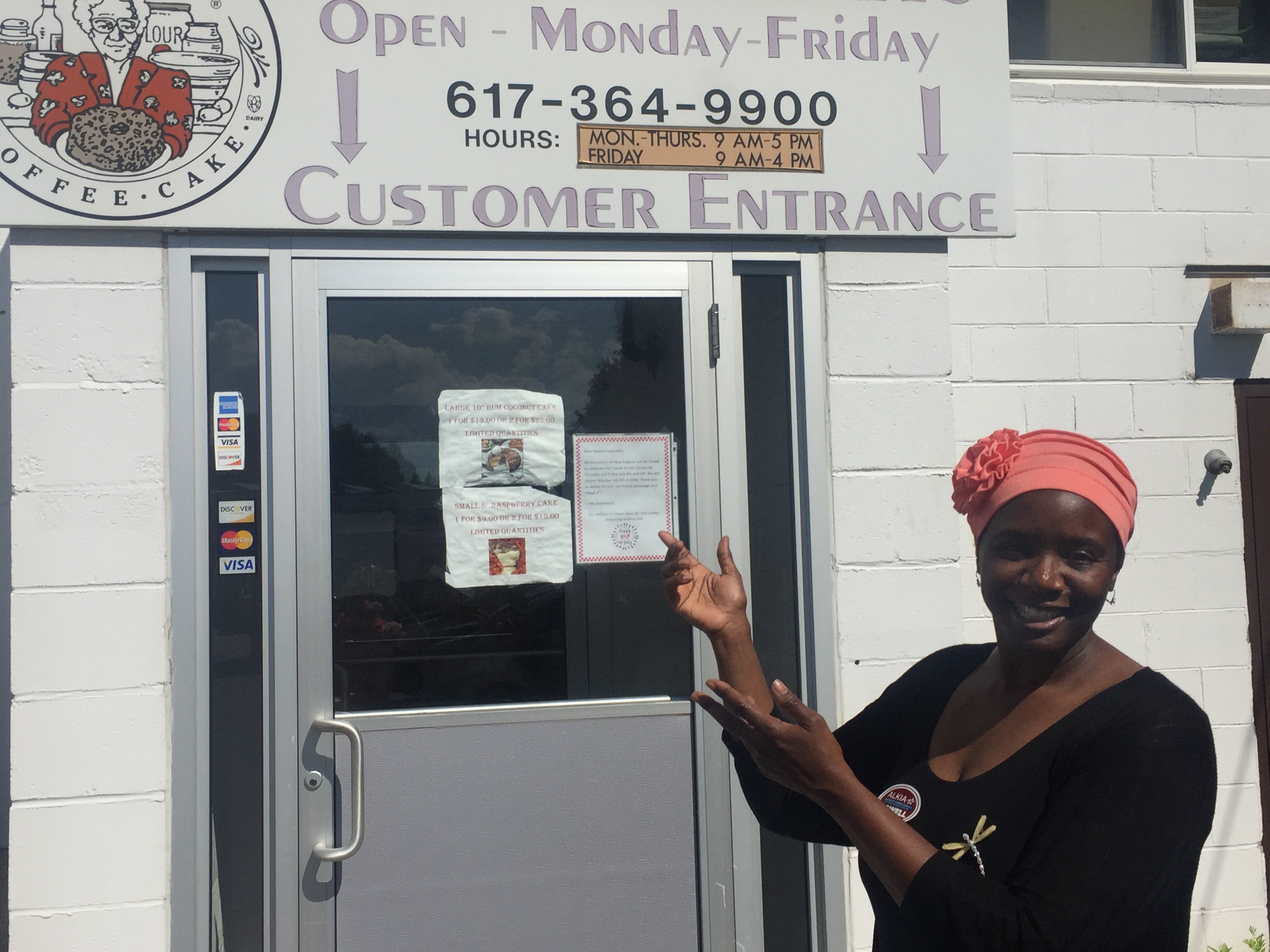 Housing affordability has been an issue that Boston city council candidate Alkia Powell has dealt with throughout her life.

Powell, vying to replace District 5 Councilor Tim McCarthy, who is not running for reelection, has left her post with the city’s economic development office to be a voice for Roslindale, Mattapan and Hyde Park – particularly for those who are dealing with displacement.

“My mom got displaced, and I was young,” 45-year-old Powell said. “We bounced around, trying to stay in affordable housing. And then the vicious cycle continued.”

Powell’s roots are in Mattapan but she has lived in several neighborhoods, including Roxbury, Roslindale and now Hyde Park.

She interviewed with Spare Change News on a Thursday at her current place of employment, My Grandma’s of New England – a coffee cake distributor based in Hyde Park.

Before announcing her run for city council Powell worked in the Office of Fair Housing and Equity for the city, where she quickly learned of the “red tape” that makes it hard for people to find a place to stay when they can no longer afford rent.

“When I joined the Mayor’s Office of Fair Housing and equity, I realized a lot hadn’t changed,” Powell said. “And I started becoming more in direct contact with constituents that were still going through the displacement that I was going, that I had gone through.”

Powell admits that she doesn’t have all of the answers, even on the question of rent control, but believes that she can get more done as an elected official than an employee of the city.

“We’re getting more people moving into the city,” Powell said.

“My goal would be, how do we make sure that we have adequate housing for those that are here and can stay but also still be an inviting city? Does that mean that we hold sister neighborhoods accountable as well more housing opportunities on the outskirts? Those are things that I will look into and go from there.”

The issue of housing affordability struck home with Powell when she was in her 30s and was living in Roxbury. She was employed with UMass Boston and was hired to look into issues of income inequality when she could no longer afford rent as a single mother.

“I was going around doing these interviews, talking to mostly women at the time or single households about what they can afford and what they couldn’t afford,” Powell said. “I realized I was literally interviewing myself. And what I realized [was] I was caught in what they call the wage gap – I made too much to qualify and not enough to afford – and I think that was really truly my gateway to policy and understanding it and how to address it.”

Navigating the complexities of how to get help with things like housing was something Powell said she began doing for her mother when she struggled to afford rent.

Powell said she had always been a strong advocate for the communities she’s lived in and has been a behind-the-scenes person in that respect. But once three-term Councilor McCarthy announced that he would not seek reelection Powell decided she would jump in the ring to replace him.

If elected Powell said not only would she deal with issues around housing but also issues around education and policing in her communities.

Powell said bridging the gap between police and the community would involve more programming for the kids and more on-the-ground and visible police officers in the community. Getting guns off the street would also be a priority.

“I know that we have a large number of our police officers that have retired and haven’t been replaced [so] pushing for recruitment and making sure that the recruitment reflects the community,” would be on her agenda, Powell said. “We want our elders [and] we want our children to be able to walk around, but not in not in fear, but know that they’re safe.”

The biggest difference she said she would have in her approach from that of Councilor McCarthy is transparency between the three neighborhoods in the district.

“As I’ve been out there door knocking and meeting with fellow neighbors they always say, “‘Hyde Park has this, Hyde Park is doing that. No one’s paying attention to our community,’” Powell said.

“The advantage I have is that coming from the Office of Economic Development, I was able to work with the Main Street directors in all three districts, so I know what they have to offer and what [they’re] needs are.”

Powell will continue to tout her experiences and connections while out on the campaign trail this summer, experiences she says separates her from the other seven challengers.

“I will touch on the experience. I have over 20 years being an advocate in the communities, I’ve done a lot of work,” Powell said. “I’ve experienced it, I’ve done it, I’ve gone through it. And I think that’s what makes me stand out from my candidates because I’ve lived a lot of what I am advocating for.”