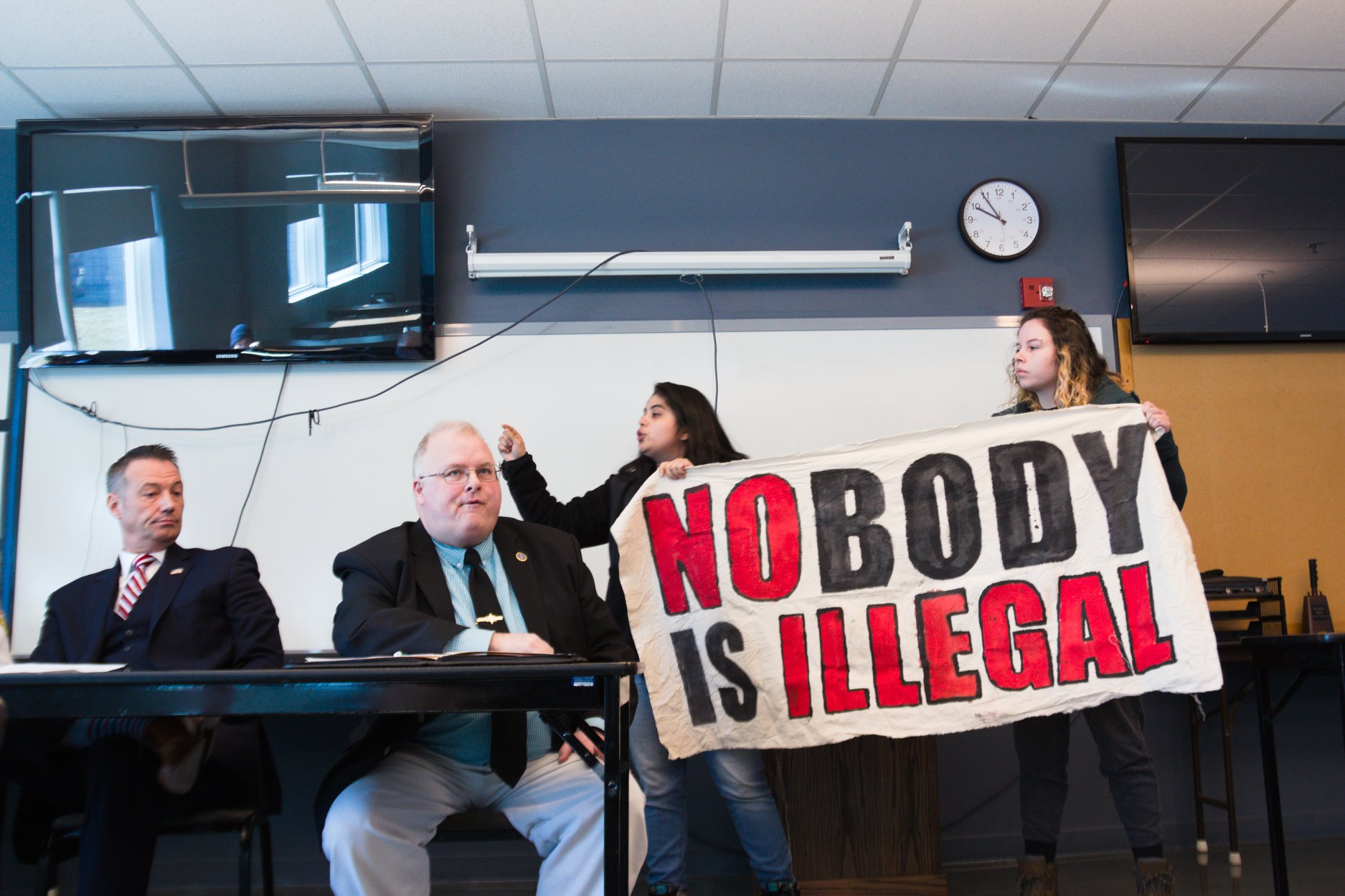 As Immigration and Customs Enforcement (ICE) sweeps through immigrant communities, disrupting lives and breaking up families, some local law enforcement agencies in Massachusetts have solidified their desire to help ICE into formal agreements.

But immigrant communities are not taking this abuse lying down.

“As children of immigrants and undocumented people, working on initiatives to address U.S. Immigration and Customs Enforcement became a personal goal for many of us,” said Sherrie Anne Andre, co-founder of The FANG Collective. “Many county prisons are bringing ICE into their communities through 287 (g) and IGSA agreements.”

In this case, local agencies agree to provide space in their prisons for the detention of undocumented people. In the state of Massachusetts, four prisons in Bristol, Plymouth, Franklin and Suffolk counties have signed such agreements. Although the prisons have a right to cancel these agreements at any time, many of them continuously renew it.

Andre’s work on this particular campaign is reflective of the evolving nature of social justice and environmental movements, specifically the current trend in making connections between different forms of oppression and digging deep into the intersectional nature of these struggles.

In the case of Andre, their involvement in environmental issues began while working to support survivors of sexual assault and domestic violence. They began to draw connections between the disproportionate impact of climate change on Black, Indigenous, People of Color (BIPOCs) and the increased violence on women, children, trans and nonbinary bodies during natural disasters, and the lack of resources available to them.

According to Andre, The FANG Collective was born out of an effort to work collaboratively with people fighting against fracked gas infrastructure projects along the east coast. Formed in 2014 in Providence, Rhode Island, The FANG Collective organizes and supports grassroots social justice movements.

Nick Katkevich, an organizer at The FANG collective, said that in the first couple of years that the group was founded they were just reacting to situations. Learning from those lessons, the goal of The FANG Collective was to be more proactive.

To be effective, they realized that they have to organize long term initiatives and campaigns. This is reflected in their new goal to create a more just world by enacting powerful changes within the community. They have led several successful campaigns since the inception of the organization.

Last summer, people being held by ICE launched a strike to stand up against the harsh conditions at the Bristol County House of Corrections. Bristol County has both 287 (g) and IGSA agreements. There was a full prison hunger strike and a request for people in the community to act in solidarity.

The FANG Collective supported the strike by leading an action that blocked entrances and exits to and from the Bristol County House of Corrections. This action is what kickstarted The FANG Collective’s campaign to shut down ICE.

According to Katkevich, challenges faced by The FANG Collective at the immediate level include police violence. He added that protesting against the federal and state police is emotionally intense and difficult. Everyone, including community residents who participate in such protests, are at risk of police brutality.

Furthermore, having to put resources into navigating the criminal justice system, even coming into it with such a pronounced level of privilege, has proven severely taxing. The courts have been harsh on the protestors, sentencing some of them to 10 days in jail for minimal misdemeanor charges like trespassing.

Holly Stein, a member of The FANG Collective who recently served 10 days in jail for her actions last summer said, “People being detained and held in jail face many challenges. The current response time for any medical inquiries in the Bristol House of Corrections is 14 days. Therefore, it is difficult to obtain medical care when one is imprisoned. In fact, some people who are released from jails, are very sick and need immediate medical attention.”

Although Stein says that this reflects the harsh environment within the prison system, the larger issues are that these systems have been put in place by the government and are never modified, despite public outcry.

“ICE is terrorizing communities and holding people captive in order to maintain fear and criminalize human beings,” Stein went on. “Migration is not a crime, and as someone who has citizenship, I will continue to push back against the state violence being inflicted on my neighbors and the people in my community.”

Katkevich said that The FANG Collective does not receive any institutional funding due to the sensitive nature of their work. The organization applies for grants and receives donations online. If you’d like to support The FANG Collective or get involved, follow them at ​www.shutdownicenow.org​.