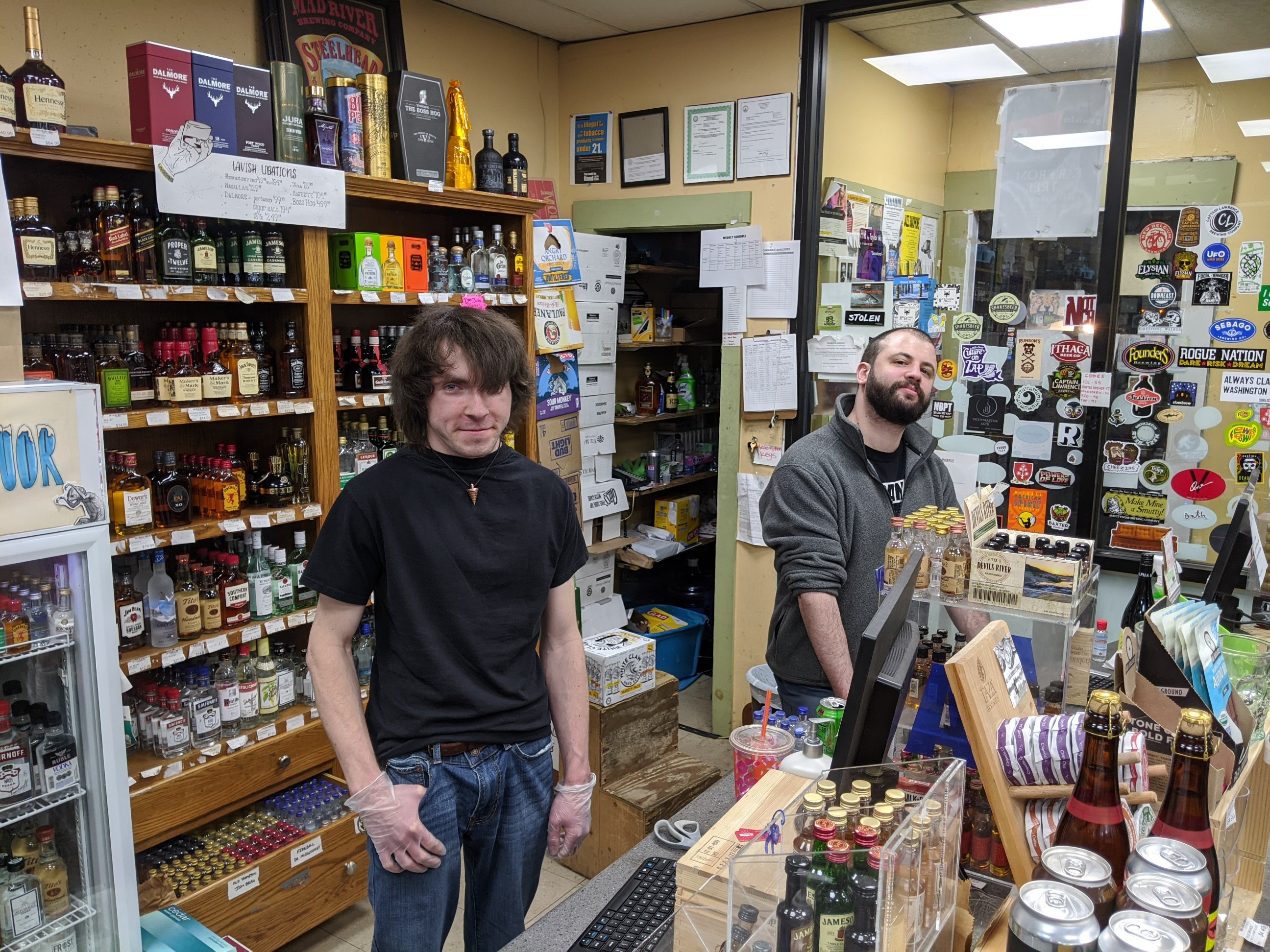 Mario and Dave behind the counter of Downtown Wine and Spirits in Somerville.