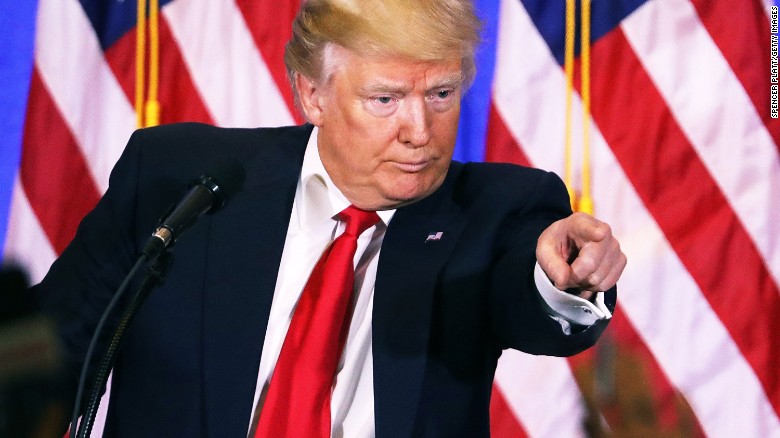 The news media stumbled even before reaching the starting gate of the Donald Trump presidency.

First BuzzFeed enabled this boorish, bullying man to claim the high ground when in reprinted in full a salacious yet admittedly “unverified” account of Trump’s Russia connections, enticing other media to awkwardly carry varying aspects of a “story” that really never ascended beyond rumor. The report’s lack of facts allowed the president-elect to use it to undermine press credibility rather than forcing him to face questions about his own.

Secondly, tweet-struck reporters continued to salivate over the president-elect’s latest mindless or bullying missive, whether the target was Meryl Streep or Rep. John Lewis. Almost lost in the noise were serious concerns being raised during hearings of such high-profile cabinet nominees as Alabama Sen. Jeff Sessions for Attorney General and Exxon CEO Rex Tillerson for Secretary of State.

Now, the news media will have to learn and adapt quickly if they are to provide a credible, serious and strong counter-force to the shenanigans that might well be expected during the Trump presidency. Reporters need to dig deeper; to stop chasing the simple, stupid story; to build stories on carefully vetted facts; and to look to the country’s governance, not the empty and ever-changing pronouncements of a man who likes to play the card of clown-in-chief to keep the media off-balance.

After the election, a Washington Post headline noted New York Times is Playing Big on Trump White House. The Times, it said, would bring veteran Peter Baker back from Jerusalem and increase to 6 the number of reporters assigned to the White House.

What the article didn’t say is how many reporters The Times, Post and others are assigning to the agencies of government and Congress. Yet this is where much of the real news will develop. I cut my journalistic teeth in local news, where what matters most is a city’s actions (of lack thereof) to serve citizens, not what the mayor is boasting about. The same priorities should apply to Washington today.

David Brooks acknowledged as much in a New York Times column Jan. 17

“I resolve to write about Trump only on the presidential level, not on the carnival level,” he wrote. “I’m going to try to respond only to what he does not what he says or tweets. I really wish some of my media confreres would do the same.”

A note to editors: Assign your best reporters to cover key Congressional staff members and to measure what agencies are doing to uphold or undermine the laws. Get an intern to monitor Trump’s tweets. Meanwhile, dig for conflicts between his personal profits and his responsibility to the public.

And remember. Donald Trump and his team use his tweets to confuse and deflect. By changing the subject, they obscure context and divert follow-up.

If today’s news media can’t set the president’s agenda, they can and should set their own. If they can no longer act as gatekeepers, they can cover news instead of noise, complete with context, follow up and facts.

In subtle ways, the media’s notions of false equivalency played a role in tearing down Hillary Clinton during the presidential campaign. Trump’s tawdry behavior, his scams, his tax gimmicks showed him to be deeply flawed. But the one-note song called Clinton’s emails served to convince the public she was just as bad.

In truth, fair journalistic practice has never meant creating a false balance. It’s meant digging equally deep into each candidate’s past and then making clear, for example, that Trump lied a whole lot more than Clinton. As I wrote in Media Ethics magazine,

Old standards of “objectivity”—always a journalistic ideal—will have to change as Trump continues to fill his late-night tweets with lies and obfuscation.

Reporters are loathe – and should be loathe — to go beyond what the facts show. But if a president lies, reporters have to say just that, not dance around the lie, giving the brazen false statement even a hint of credibility it doesn’t deserve.

When the president-elect tweeted that “millions of people” had voted illegally in the presidential election, some leading news organizations stopped just short of calling his assertion a blatant lie. One was The Times, which wrote the headline :  “Trump Claims, With No Evidence, That ‘Millions of People’ Voted Illegally.”

Yet James Fallows suggested in an Atlantic discussion titled “How to Deal with the Lies of Donald Trump: Guidelines for the Media,” that The Times should have gone further.

The headline on a Los Angeles Times story, for example, was, “Trump falsely claims that millions voted illegally, costing him the popular vote.”

I stand with Fallows here. Let’s call lies just that if they are demonstrably false.

The presidential election’s outcome stunned insiders of both parties: Few people believed Donald Trump would win. I believe this could be traced in part to the elitist bubble encircling reporters, business leaders and politicians alike in this country.

As I wrote in Media Ethics: “American journalists can’t await the second coming of Alexis de Tocqueville to tell them about social and cultural forces in our country. They have to be curious. For the elite urban news media to rediscover the country’s heartland they’ll need to assign reporters to live in places like Oklahoma City and Dubuque, not merely ‘parachute in’ once in a while. As cuts decimate the staffs of smaller newspapers, major media players have to pick up the slack…if they can.”

This does not mean reporters should be purveyors of hate and division. But they cannot ignore elements of both that are active in this country. It does not mean they should turn their back on issues of racial diversity, immigration and gender equity. It does mean they should cover the alienation felt by deep pockets of white working class America and cover geographic differences, urban-rural dichotomies and much more.

Curiosity and courage, integrity and independence are at the roots of the best American journalism. The profession will need to double down on all four to survive the next four years. And we, the people, can only hope the media are up to the task.

Jerry Lanson is an associate professor of journalism at Emerson College in Boston. He adapted parts of this article from one he wrote for Media Ethics magazine.