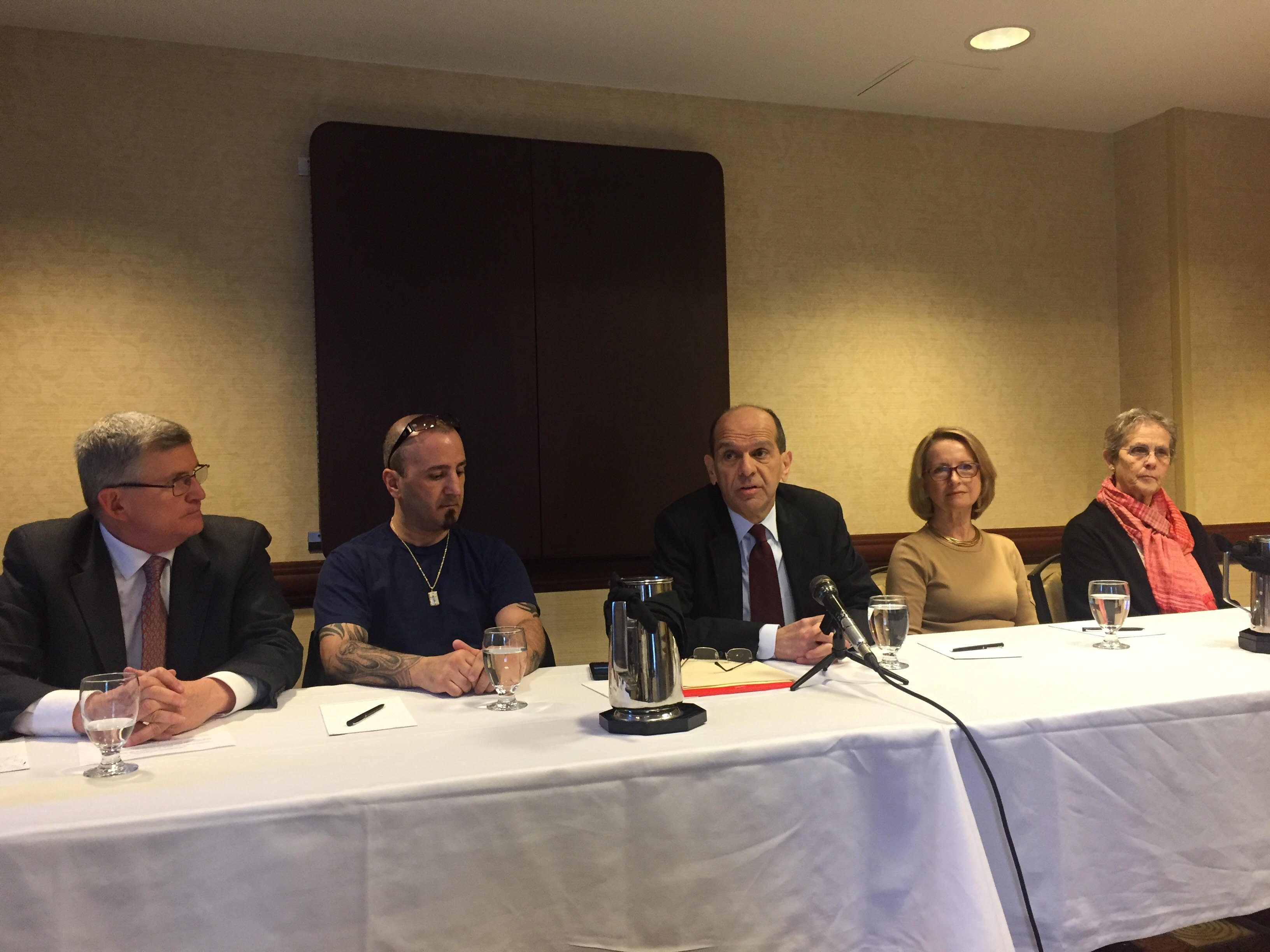 Fifteen years after the Boston Globe’s Spotlight series uncovered the widespread sexual abuse of Catholic priest — and more than a year after it became a highly acclaimed film on the big screen — the issue of priest molesting children still exists throughout Massachusetts and worldwide.

Attorney Mitchell Garabedian and members of the Survivors Network of those Abused by Priests (SNAP) held a press conference to shed light on the Catholic church’s lack of transparency and cooperation in dealing with these cases and more recent accusations of abuse.

“Pope Francis is making compassionate statements but it’s not being followed with compassionate activity,” Garabedian, who helped the Globe expose the Catholic church in its 2002 Spotlight reports, told the audience. “Transparency is necessary. The records have to be released for this to begin to end.”

Garabedian said he is handling 49 cases in Connecticut’s federal court alone against Douglas Perlitz, a Jesuit priest at Fairfield University who is accused of sexually abusing children at a school in Haiti. He’s also received calls across the country about abuse from other priests.

“Documents around the country have been produced through litigation indicating that supervisors of pedophile priests knew what was going on and did nothing about it and hid it,” Garabedian said. “It’s time for transparency so the victims can try to heal and gain a degree of closure.”

Barbara Dorris, the victims outreach director of SNAP and a survivor of clergy sexual assault, said she also receives many calls, some from teens, particularly since the release of the movie Spotlight.

Garabedian went on to suggest that statute of limitation laws for all kinds of sexual abuse be lifted as they are with murder cases. The statute in Massachusetts is 52 or younger.

He also said that the church needs to be more accountable, keep a watchful eye over its communities and set up workshops with survivors to better prevent abuse from occurring.

Garabedian is currently working with sexual abuse survivor and North Andover resident Bassam Haddad, a father of two and a victim of Father Ross Frey, who went on to share his story.

“I was a victim from about the age of 13 to close to 18 by Father Ross Frey at St. Joseph’s in Lawrence, and when I came forward in 2012 I actually told my wife and she said we need to speak to attorney Mitchell Garabedian,” an emotional Haddad said.

Father Frey was sent to Lebanon after eleven victims and Haddad came forward in the 90s, where he could not be extradited and where he later died. Years of keeping the abuse from his family made Haddad suicidal, particularly knowing that the church wouldn’t help him.

“My kids were in a Catholic school and the first thing the principal said to me when they found out, she came forward to me and said, ‘Don’t worry. This won’t happen to your kids. We keep a close eye on the priests here.’ This is what a principal said to me,” Haddad said before breaking out into tears.

Garabedian said that what had changed in the 15 years since he worked with the Globe on uncovering this systemic problem in the Catholic church was people’s attitude toward the issue, which he credited the film Spotlight for contributing to that change. The overall problem though, Garabedian argued, still lies with the mindset of the church itself.