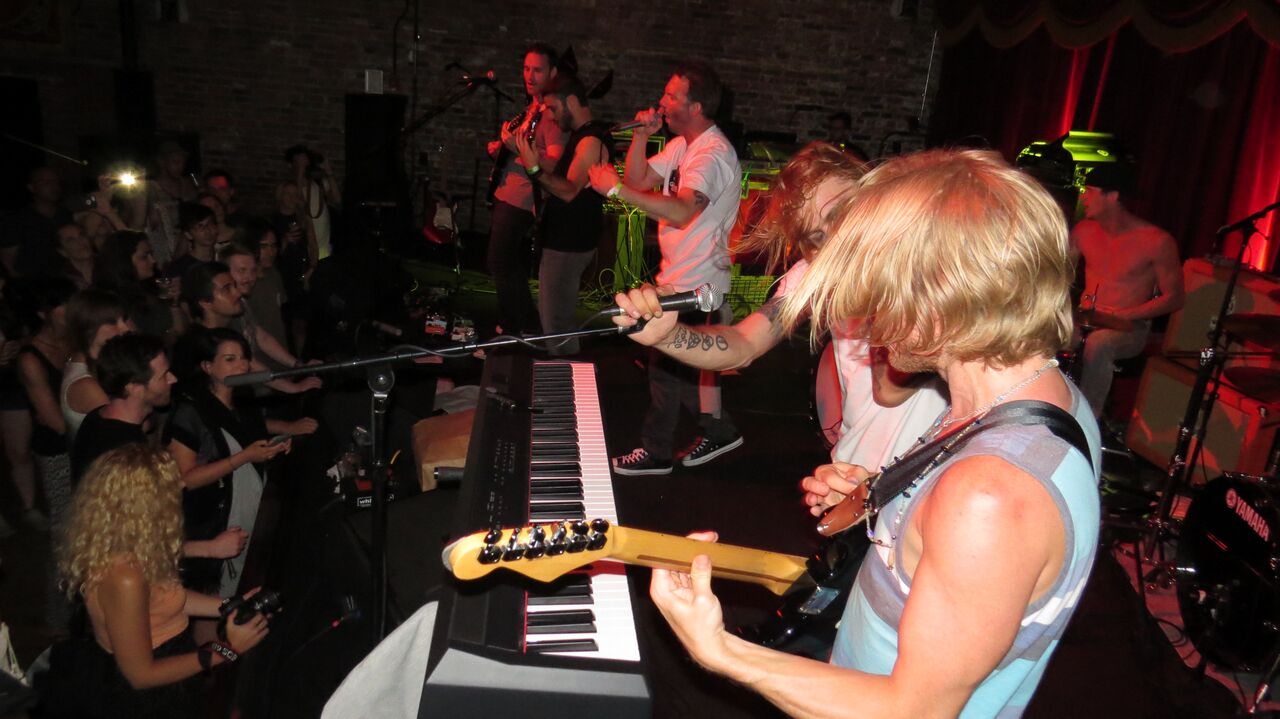 Give a hoodie and you’ll get to listen to live music at the Middle East in Cambridge. This Thursday, Sept. 14, Hoodies for the Homeless, founded in 2015 by Tavis Eaton, lead vocalist of PushMethod, is coming to town to collect hoodies from music lovers and donate them to Pine Street Inn, a homeless shelter in Boston.

“Hoodies come directly from us and onto the back of a homeless person,” Eaton said. Guests can purchase their $12 ticket online and bring along a hoodie. The show starts at 8 p.m.

On Thursday, indie pop artist Alexz Johnson headlines the concert, promoting her upcoming album “A Stranger Time.” Also on the bill are PushMethod, Neon Signs, and Dress Black, and blindspot.

The concerts often collect anywhere from 2,000 to 3,000 hoodies per event. However, in December 2016, PushMethod performed at the MetLife Stadium during a New York Giants game and collected 10,000 hoodies. Hoodies for the Homeless as also been highlighted by Billboard. Hoodies for the Homeless, which achieved  501(c)3 nonprofit status in April, typically sets up a booth at their events to collect sweaters throughout the night.

Eaton and his band members have been writing music together for seven years. Then came the idea of using their music for the greater good of bringing awareness to homelessness.

“What’s the point of us doing this, if we’re not putting our music toward something,” Eaton said. He remembers a homeless man who sat outside his apartment every morning and looked to be in awful shape. “He looked like every day was going to be his last day,” Eaton said. Then one morning Eaton didn’t see him and never found out what happened to the man. “He was gone from my life.”

Eaton took money out of his 401K to launch the first Hoodies for the Homeless event at a New York City clothing store called The Hoodie Shop in February 2015. PushMethod performed, the store marked their hoodies at half price, and 500 hoodies were donated that day. The band donated the clothes to a homeless shelter in the city. (As of July 2017, there were 60,856 homeless people in New York City, according to the Coalition for the Homeless.)

“We took music and turned it into action,” Eaton said.

Since starting, Eaton and his band PushMethod have collected 55,000 hoodies. They hope to reach 65,000 hoodies after Thursday’s event.

“People like that they can come listen to cool music and feel like they’ve done something,” Eaton said.

Eaton’s employer is encouraging his charity. Following their tour kick off in Boston, PushMethod will travel to various Havas locations around the country and overseas to encourage employee participation in hoodie donations and addressing homelessness. The tour will include traveling to New York City, Chicago, LA, Paris, Amsterdam, London, Dublin, and Dusseldorf. It would be the band’s first time traveling overseas.

Eaton’s nonprofit is also interested in creating a new hoodie with built-in gadgets like a blow up pillow, a built in solar heater, and a Fitbit. Eaton said he hopes for the movement to get so big that other artists will hold their own Hoodies for the Homeless donations and address homelessness in their own cities.

Although Eaton has been living in New York, he’s originally from Springfield, Mass. This will be the band’s second time in Boston, with the last one in November of 2016.

“Boston is part of my soul as much as NYC,” Eaton said.

To order tickets for the September 14 show, click here.