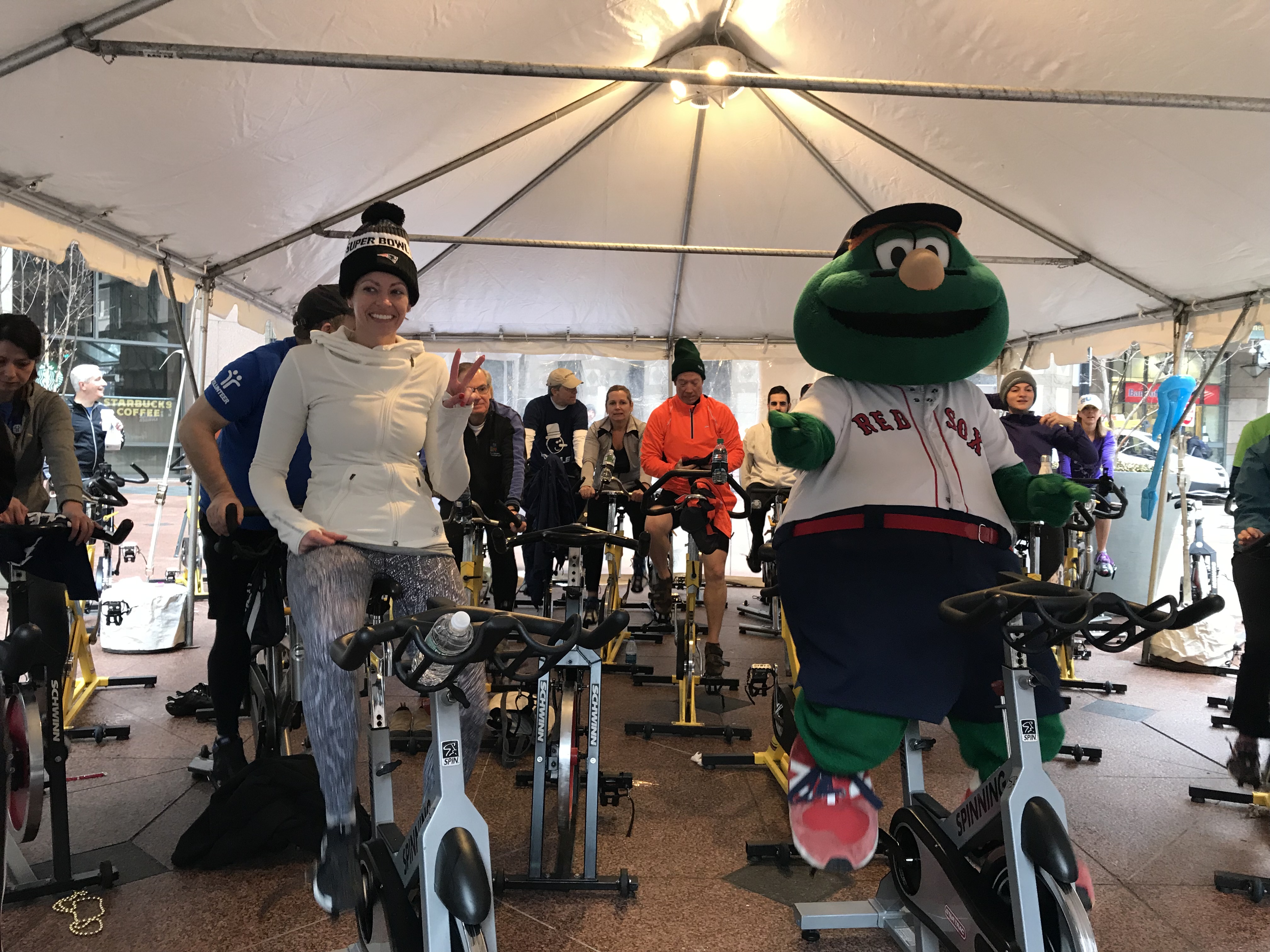 Once a year in the financial district, and typically on a harsh, cold day, white-collar workers change from their office attire into their workout clothes and take a cycling class together outside. The event is called iCycle, and it’s organized by HomeStart, a nonprofit that has helped people find and maintain housing for more than 20 years.

This year, iCycle was held on Thursday, Feb. 15, in front of the One International Building. From 7 a.m. to 7 p.m. and for one hour at a time, groups of individuals and corporate teams cycled on stationary bikes in the cold weather to show solidarity with those who are homeless and live in the cold.

“It’s easy anywhere in the city to lose sight of things that are most important,” said Matt Pritchard, president and executive director of HomeStart about the hustle and bustle of the city life. “The question is how can you stop people in their tracks and reflect on the opportunities they have to make a difference. And so we felt like meeting somewhere in a heavily trafficked area, like the Financial District, is a good way to do that.” 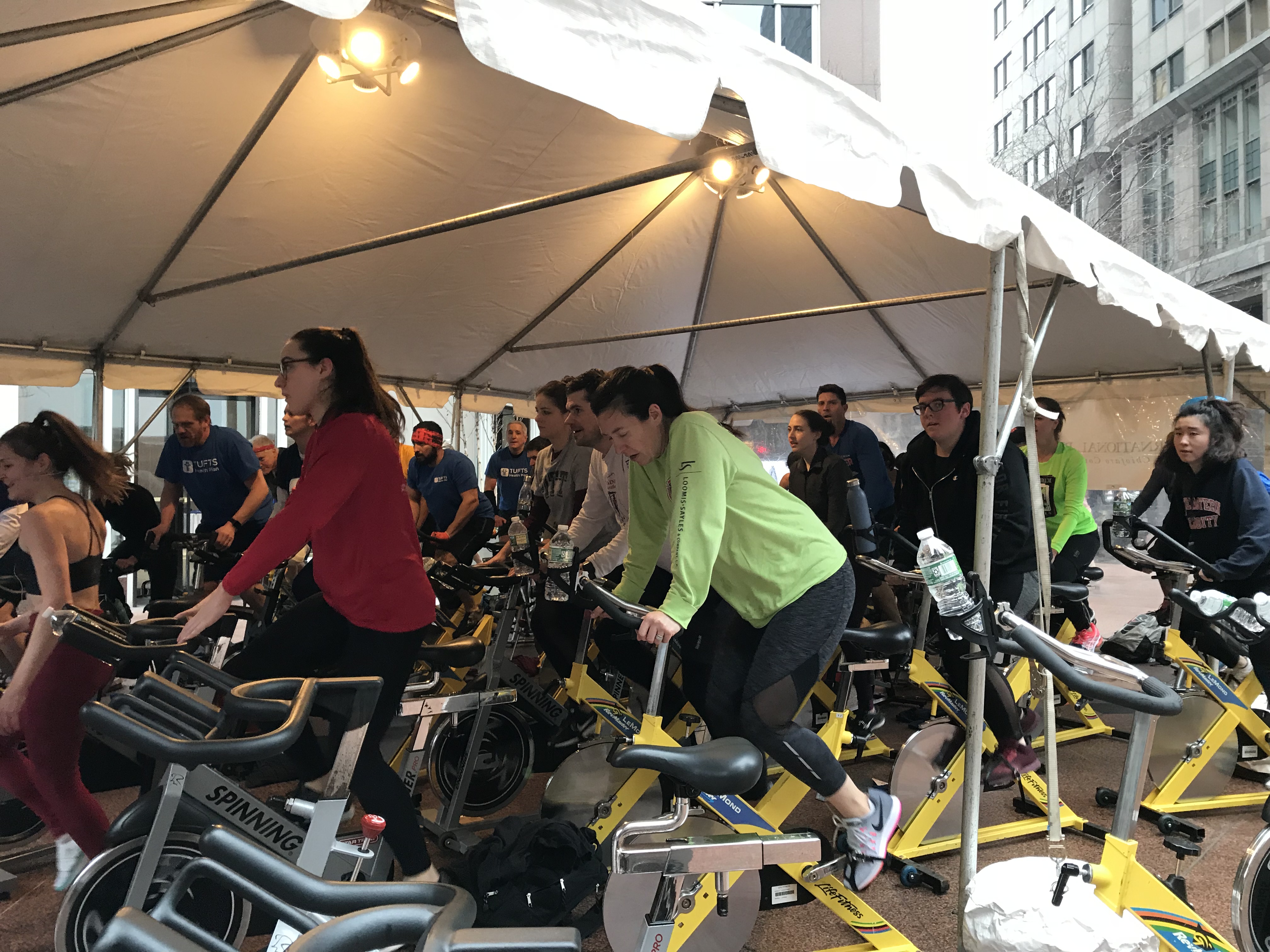 When the nonprofit first started iCycle 12 years ago, it raised $30,000 its first year and $50,000 dollars the second. The 2018 goal was to raise $150,000. With many companies matching the amount of dollars that their corporate teams have raised, the nonprofit exceeded its goal by only noontime. About 300 companies participated.

The proceeds went toward the nonprofit’s work with the U.S. Department of Housing and Urban Development in giving homes to homeless families. Last year, HomeStart permanently housed 650 individuals.

The weather that day was around 40 degrees, not as cold as what Cycling Instructor Martin Parquette would’ve liked.

“We’re really disappointed today that the weather was so nice,” Parquette said. He’s taught at iCycle since it’s first year. “When it snowed sideways and we had to cover all the equipment to keep it from getting destroyed from the snowstorm,  that one was the most memorable.” 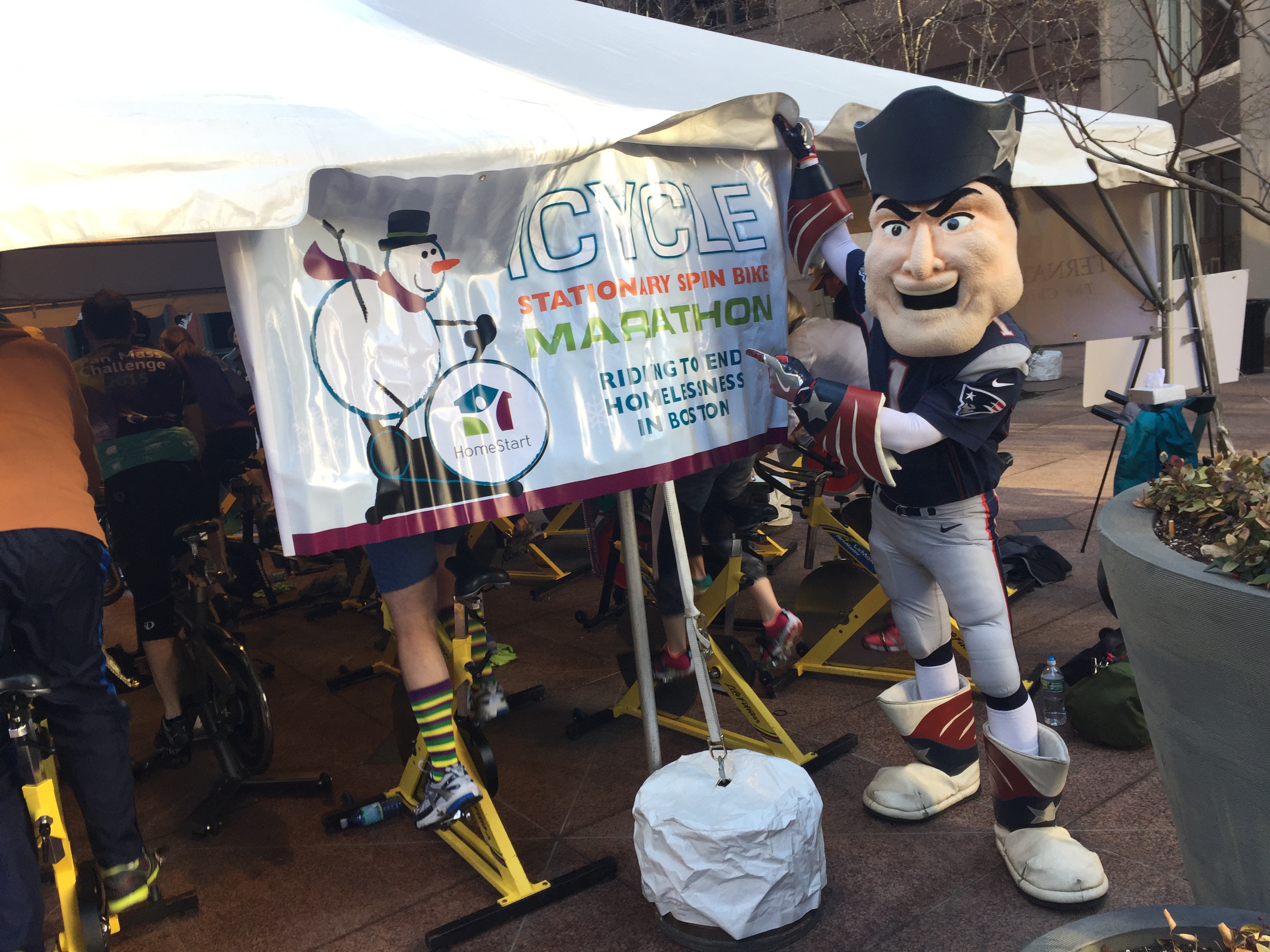 Although, the weather was way too nice, he was happy with his class. “We had a wonderful energy today,” he said explaining that the secret to a great class is to have a song that everyone would love.

“I think everybody found a song that they liked today. Everybody was singing. That was so fun!”

His 11 a.m. class had corporate teams from Morgan Stanley and RCN. Jen Sciamanna, 30, of RCN was attending her fifth iCycle event . Last year she raised $11,000 for HomeStart by running a marathon. “It’s a cause that I’ve become close to, been doing it for five years now and then running the marathon last year. So I’ll be back next year for sure.”

Her colleague, Leigh Famigliette, 24, also joined in the cycling action. “I feel good! I feel like I definitely worked up a sweat and my legs will be sore, but it will be a good sore so it will be okay,” she said. Good sore or not, Famigliette is happy to show support for the nonprofit’s work. “Just doing it for HomeStart. It’s an awesome company that we like to give back to.”