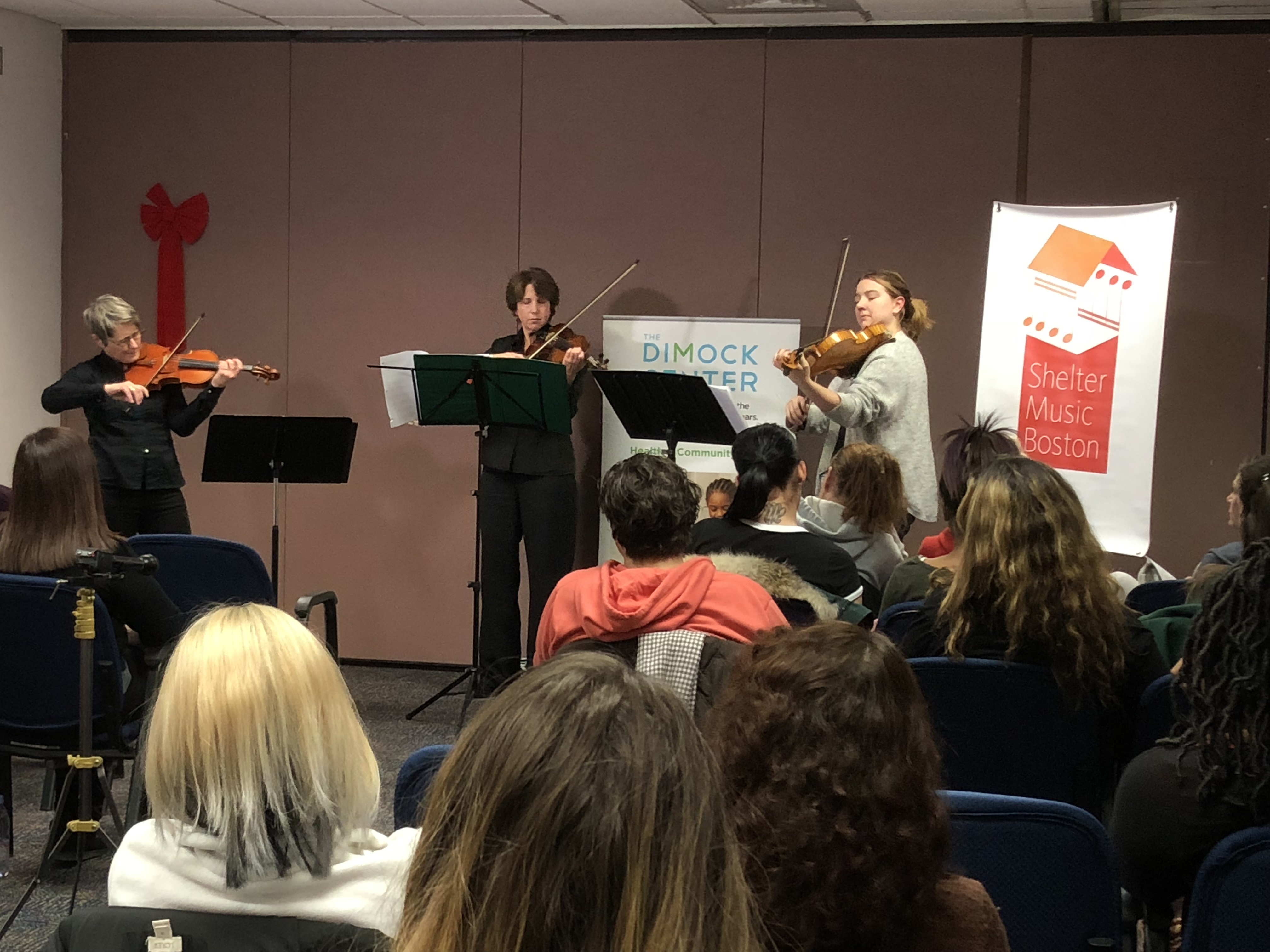 A private, boston-based charity is investing in music as a way to lift the spirits and lives of the city’s homeless.

Shelter Music Boston (SMB), which employs professional musicians to perform classical concerts in homeless shelters, will receive a total of $250,000 over five years from The Ilene Beal Charitable Foundation.

The funds will allow SMB to continue its ongoing program of concerts at The Dimock Center and start a new children’s program. SMB’s goal is to take care of the artistic, social and cultural needs of homeless people, said Carrie Eldridge-Dickson, managing director of SMB.

“For many of the homeless, both the physical and the emotional landscape can be really stark,” she said. “If we can bring this audience a respite from all that for the period of a concert, that feels like a really important thing to do.”

SMB held the first performance of a newly-created monthly series of after school concerts on February 2. It is a pilot program, said Eldridge-Dickson, run in collaboration with the Boston Philharmonic.

“We’re leveraging their experience in music with our experience in performances,” she said. “We’ve launched this program with education components and live concerts.”

SMB is a social service with music as its modality, said Eldridge-Dickson. She explained that the hope is people enjoy the concerts and carry that motivation on to utilizing the other services that are available to them.

It is tempting to think in strict terms of value added as a homelessness epidemic rages on, but Eldridge-Dickson said it does not make sense to think in terms of better or worse when it comes to what homeless services get funded.

“Taking care of people’s emotional well being, their need to connect with people, with beauty and the healing that is possible is important,” she said. “I think it’s important that there be funding for services like ours.”

It is difficult to keep up with the concerts’ audiences, making the effect of the group’s performances difficult to ascertain. However, anecdotes and testimonials decorate SMB’s website and Eldridge-Dickson told of a client becoming a staff member after attending a concert.

Nearing 70 concerts last year, Eldridge-Dickson said she expects that number to grow. The organization has already added one partner this year and is expecting to add another later on, bringing their total to 9.