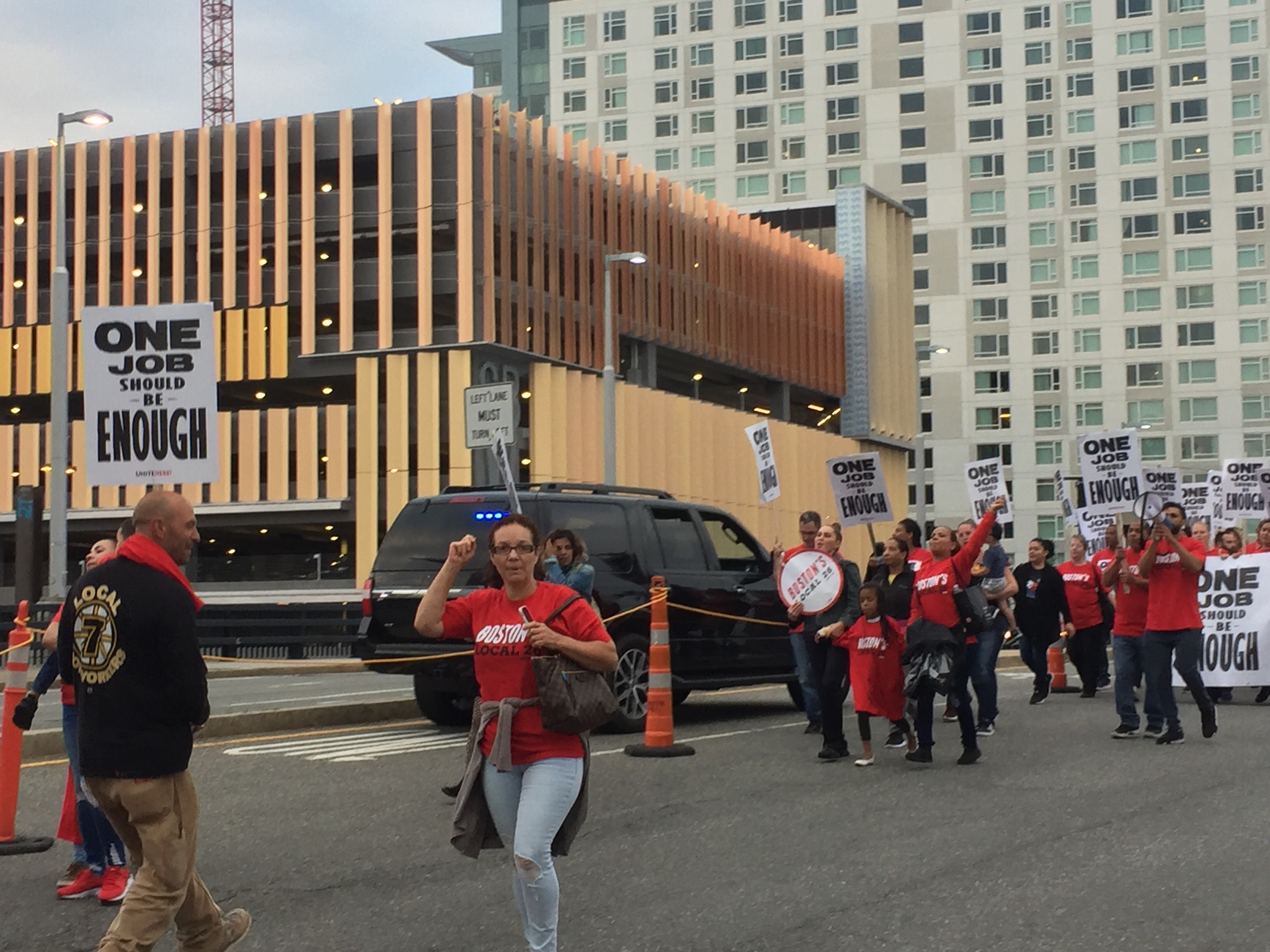 Hotel workers and members of UNITE HERE Local 26 marched through the Seaport on Friday, September 21 to rally against Marriott-owned hotels in the area.

The march of 100 plus workers was a continuation of a march held on Labor Day, where union members announced they would force a strike vote if contract negotiations did not go according to plan. Members overwhelming voted to strike if necessary weeks prior.

Brian Lang, president of UNITE HERE Local 26, stood outside of The Westin Waterfront on Summer Street with his members that evening and told Spare Change News discussions with the company and the union will continue at the end of the month.

“We have proposals on the table that would provide that one job would be enough for people to live and raise a family and be able to retire with dignity in and around Boston,” Lang said. “The hotels here are selling for at some nights $700 a night, and it’s the work of our members that allow corporations like Marriott to make that kind of money and we think that the last five years have been the five most profitable for the hotel industry. And now’s the time for our members to share in some of the wealth that they’ve created for the hotel companies.”

Proposals include, employer paid health care for full-time employees and benefits that would allow older workers to retire, according to Lang.

Much like the Marriott-owned hotels in the downtown area, in the Seaport the workforce is largely immigrant women of many ages, Lang said.

Showing up in force, Lang said, makes a difference prior to negotiating with the company.

“Our members always feel more powerful when they’re together. Marching down the streets together gives us a sense that we can have an impact on this city, not just the hotels,” said Lang. “And secondly, we’re sending a message to the employer that we’re serious about the strike vote that we took last week and our preparations for the strike.”

UNITE HERE Local 26 also opened its strike headquarters on Monday, September 24 at 26 West Street in Boston. The second floor office, Lang said, is for members to come in and sign up for strike benefits and picket duty.