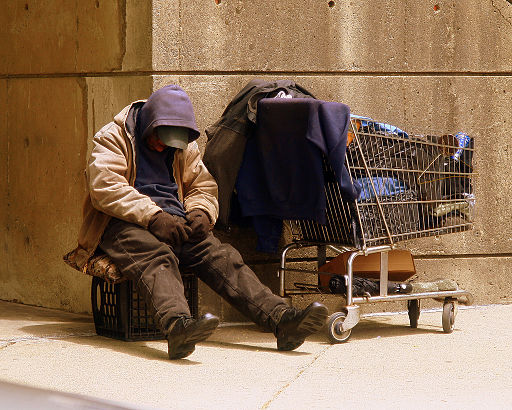 New research shows that while homelessness in the United States may be down overall, it’s still rising in the most expensive rental markets. And Boston has one of the highest homeless rates.

Christopher Glynn, assistant professor at the University of New Hampshire, is one of the lead authors of the national Zillow-sponsored study. The researchers analyzed how people’s share of spending on housing in each market correlates to homelessness – and Glynn said they found a specific economic tipping point.

“The thing that surprised us most was that, when a community exceeds 32 percent of its median income on its median housing cost, you see a sharp increase in the expected homeless rate in that community,” Glynn said.

They found that troubling combination of high housing costs and high rates of homelessness in Boston, among other places. The National Alliance to End Homelessness said on any given night, more than 6,000 people are homeless in Boston – and 17,000 are homeless statewide.

Glynn described the cities and regions with the highest homeless rates:

“Communities on the West Coast and the four major metropolitan areas on the East Coast – so Boston, New York, Washington, D.C., and Atlanta,” he said.

He pointed to Houston, Texas, as a model city for addressing housing needs, by combining housing with other social services.

The study was conducted in partnership with Zillow, Boston University and the University of Pennsylvania.