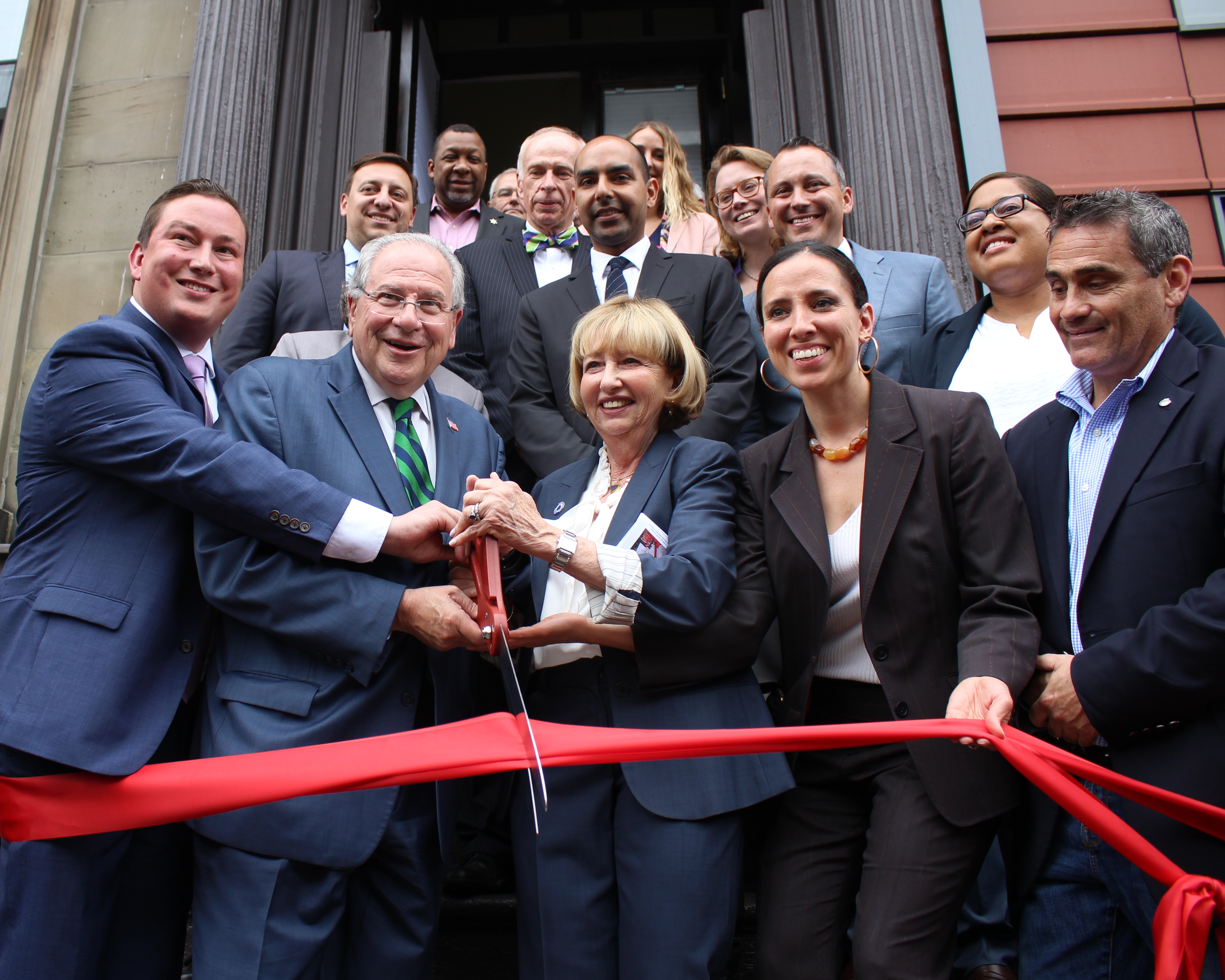 A residential reentry program exclusively serving women in the South End has reopened its doors after losing funding more than a year ago.

The McGrath House, located on Massachusetts Avenue, was awarded money from the probation department to reopen after the state legislature approved $5 million for reentry services within the FY2019 budget.

John Larivee, president and CEO of Community Resources for Justice, the organization that runs the McGrath House, said the June 20th reopening ceremony “signifies the Commonwealth of Massachusetts’ investment for residential reentry services and reentry generally.”

“The Commonwealth unlike many other states moved away from community corrections residential community-based programming,” Larivee said, “so this is the beginning of restoration of those services.”

About 14 months ago the McGrath House was closed, meaning over 100 women who were at the end of their prison sentence, on parole or on probation could not access the halfway house to work on issues that prevent many women from reoffending.

Larivee said many challenges that clients face at McGrath House include access to substance abuse and mental health services and issues around housing and employment.

Recently incarcerated women also tend to be victims of violence and have strained relationships with children, which makes resources such as McGrath House beneficial in terms of creating gender-specific spaces and programming.

“Often times there are broken relationships because of past behavior [and] because of long-time absence from the family,” Larivee said, “and making that connection again takes some time. Sometimes it takes some discussions that we help bridge between family members and the individual.”

Many of the women in the program not only gain the skills they need to find employment while living in McGrath House but they also come to terms with what they need in life to be successful once they leave that structured environment.

“Sometimes it’s reuniting with family and living with family, sometimes it’s saving enough money to get some kind of housing either on their own or with a couple of roommates [and] sometimes it’s public assisted housing. So we don’t want anyone to leave us without a safe stable place to live and we help them measure the validity of that as well,” Larivee said.

Advocates for reentry services were able to hear a first-hand account from a woman named Rosa at the reopening who didn’t even have access to a driver’s license or social security card when she entered the home.

She told the audience that she is now enrolled in Suffolk University and thanked McGrath House for all it had done for her.

Another woman spoke and said had her daughter participated in a residential reentry program like McGrath House then maybe her life would have turned out differently.

Larivee said discussion over how to reduce the recidivism rate gained traction once the legislature began discussing the criminal justice reform bill that was enacted in 2018.

He credits that discussion for saving the McGrath House.

“When it finally came to a closing it was a sad day and weren’t sure if we were ever going to reopen it. The other option would have been to sell the real estate and forget about it,” Larivee said.

Tracking the success of women who have gone through the McGrath House program will also be a priority for the organization going forward, Larivee said.

“Other states have evaluated this in terms of recidivism reduction … and some of their evaluations show that these kinds of programs reduce recidivism up to 25 percent,” Larivee said. “So we will be setting up data systems and reports that will be able to measure what happens in the long-term.”