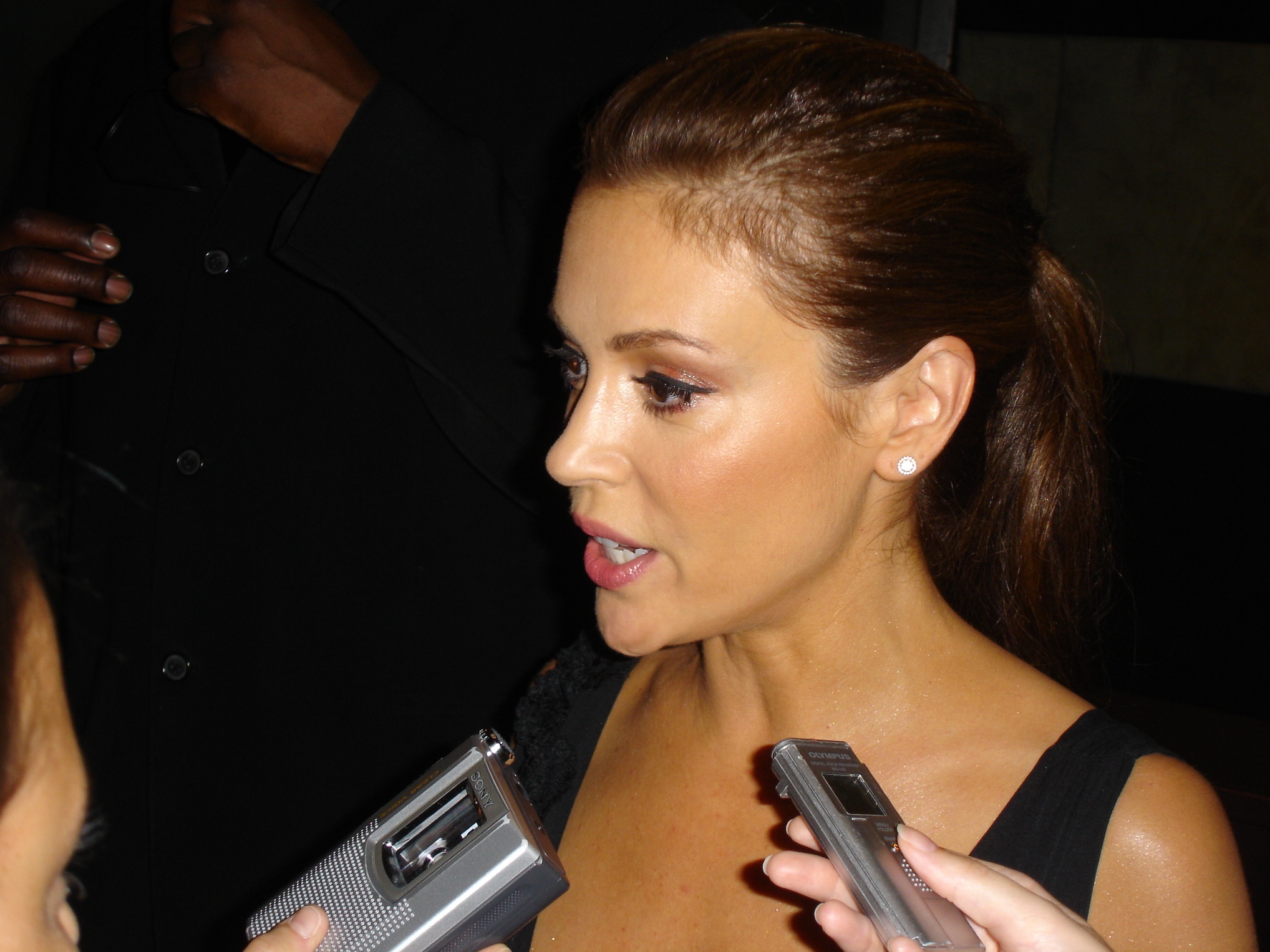 Alyssa Milano used her celebrity for good when a Tweet she sent last October helped bring attention to Tarana Burke’s #MeToo campaign, transforming it into a global social media movement. She was also a vocal opponent to the confirmation of Brett Kavanaugh to the Supreme Court. But the actor has been using her celebrity to achieve good for a lot longer than that.

I was a very introverted artistic child who would do interpretive dance in the living room. My parents were amazing in that they always worked hard so I could have dance lessons and music lessons. That really shaped the artist that I strive to be still to this day.

I started working at seven. Being in [the stage musical] Annie obviously turned it all into a very different thing – it was a job. I took that responsibility very seriously. I was in first grade. I was super young! And having to go to work every day and rehearse for Annie was hard work. I look at my son who is six and I can’t imagine him going to work.

I was forced into growing up quickly. I was surrounded by adults my whole childhood. People treated me as an adult, too. I carried the weight of the world on my shoulders, not just my own teenage angst, but I was also really affected by things that were going on in the world because I was surrounded by adults who talked about them. I worried a lot. I have an anxiety disorder, but I wasn’t diagnosed with that until I was much older. So it was that as well – having a mental illness and not knowing it at that time.

Once I got into high school, there was a whole other issue. This is when I was doing Who’s the Boss? I was missing out on dating, going to the prom… I wondered what other kids were doing and if I was missing out on things and it weighed very heavily on me. I didn’t get some of the life lessons that normal kids get, but I don’t think I’m any worse off. I didn’t have to deal with peer pressure, which was probably a good thing; I was able to be a free thinker from an early age. I didn’t deal with bullying until I got older.

If I bumped into my 16-year-old self now I would think that she would probably be someone who is pretending to be a lot more mature than what she feels on the inside. I think I would say to her, “You are taking everything way too seriously, don’t worry so much.” I would say that it’s all going to be okay. You will be okay. It’s hard, but it was going to be hard anyway. Growing up in the business is hard even in the best of circumstances. I had an amazing family and I had an amazing cast on the set, but it was still hard.

When it comes to things like #MeToo, it’s much better to speak about them and not sweep them under the rug. Then you can dissect how you feel about issues and also expose other people to a different perspective of your own truth. I’ve grown up in the public eye and I continue to grow up in the public eye – whether that means standing up and saying I was sexually harassed and assaulted as well, or coming forward about having an anxiety disorder. These are my truths. But as a nearly 46-year-old woman, I’m okay and almost better for all of the struggle.

Becoming a parent changes everything. There’s a lot more to be fearful of. I’m going to be super honest about that. We often portray motherhood as this really romantic beautiful thing but it’s not only hard and exhausting, it’s also terrifying. I love my kids more than anything in this world, but it’s a scary thing to mould and shape the minds of two human beings. You become a lot more self-reflective, for sure, and there’s a lot to be scared about in the world right now.

The biggest surprise of my life is the fact that I’m still working! Not to say that I don’t want to be working – but I’m still getting roles. Often child actors don’t make it to be adult actors. So that’s what’s surprising, that I made a real career out of being an actress. I also think we are programmed to believe that we won’t get roles after 40. That once you hit 40 all the roles go downhill and you just have to play people’s moms and it’s not that interesting. One of the things I love about my new show Insatiable is that at 45 I’m getting to play a role that is so uncomfortably hilarious and juicy, way juicier than I’ve ever been able to do before.

If I could go back to any particular time or place, um… [Long silence] When I think about that…it’s hard without it being too much of a personal story. I don’t know if I want to go there. I immediately went to a dark place and I would rather not do that.

The country is in a very dark place right now. I’ve been an activist since I was 15 years old and it started with a kiss with Ryan White. [Milano kissed White, who had contracted AIDS at 13, on TV to prove you couldn’t contract HIV/AIDS from casual contact.] He changed my life in a really profound way. He made me realise that everything that I thought was hard about being a celebrity at 15 years old was actually worth it, because I could change people’s minds or shine a light on an issue and use my platform for good. Like 3D-printed guns. I don’t know in what world anyone would think that is a good idea… Gun violence is such an epidemic in my country.

Every day is a new battle. Whether it be gender equality or immigration or civil liberties. I’ve been doing this a long time and we would normally have two or three issues to fight per year – now it’s two or three issues a day! It is incredibly rewarding work, but it’s hard.